What do you do when the world shuts down? 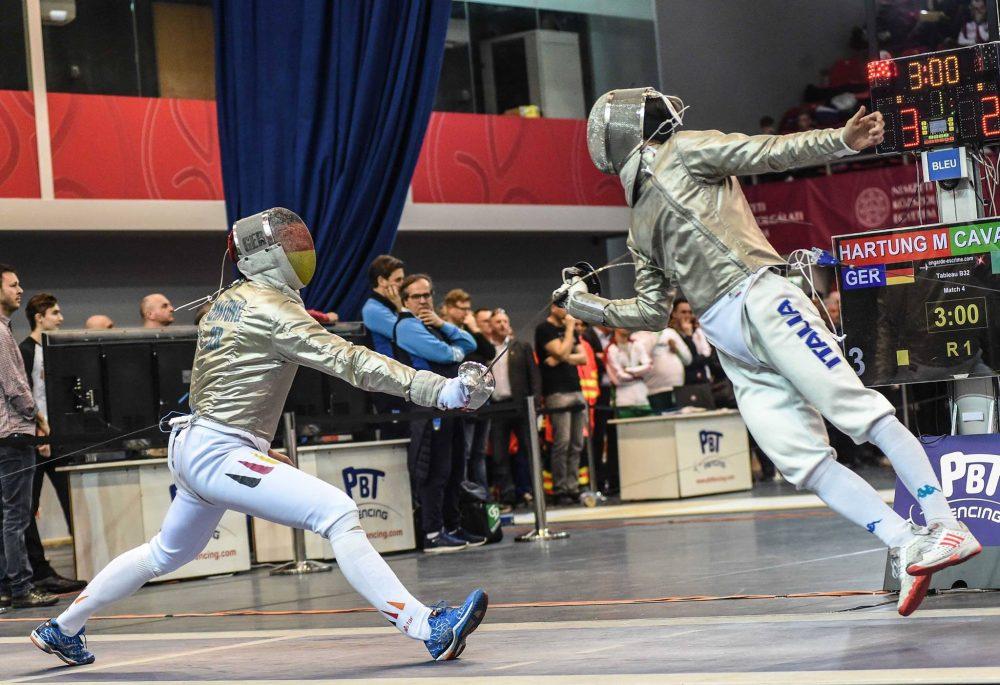 What do you do when everything shuts down?

Get to work making everything you can better!

The downtime in fencing has had one positive effect for Leon Paul, and that is time to work on design and development. In these challenging times, we have tried to look to the future and to spend time making sure that we continue to produce the world's best fencing products across all categories. We have made significant steps forward in our blade production technology, masks, bags and wireless fencing. Here I will focus on sabre blades as we have lots to tell you over the coming months.

With the FIE's upcoming introduction of the mandatory use of sabre blades made from maraging steel we saw an opportunity to create something really special. After the Tokyo Olympics, the FIE require that fencers use blades made from the higher specification Maraging steel. This is to improve safety and bring sabre in line with Foil and Epee.

The benefits of maraging steel include:

Safety - We have done a significant amount of research in conjunction with the FIE on the use of maraging steel for sabre blades and have demonstrated that just like for foil and epee, the blades last significantly longer which reduces the possibility of injuries from broken blades.

Value - Generally, Sabreurs don't use maraging blades because of the perceived increase in cost but our research and meticulous logging of the number of hits of real fencing, that a blade lasts on average five times longer than a carbon blade. The increase in lifespan means that the blades cost about half the cost per hit of a standard blade.

Performance - Maraging steel is tougher than normal carbon steel meaning that you have to spend significantly less time straightening your blades after heavy hits, this is a benefit that Foilists and Epeeists have been enjoying for years.

We fully support the introduction of these blades and recommend that any serious fencer switches to using maraging steel blades.

Design
We have 3D modelled our foil and sabre blades and can now use simulation software to look at how blades bend while fencing. These simulations can show what changes the shape of the blade makes to the way it behaves when you fence with it. This has removed much of the subjectivity involved in development and we can now model what a 0.1 mm difference in the thickness at a particular point in the blade will make this now saves 1000's of hours of testing and prototyping. We then consulted with fencers from Russia, France, Italy, the UK and more. We have found two key areas in sabre had the most effect on the performance of the blade:

The Midsection, where the blade transitions from a Y section to rectangular, is critical, as this is what determines the accuracy of the point. The key here was to make it as light and stiff as possible to give you the best in terms of both speed and precision.

The Tang, which may seem unimportant is actually critical. Sabre has a long handle and involves fast, aggressive cutting actions, so leverage comes into play much more than in Foil and Epee. The tang flexes within the handle during acceleration and deceleration, which leads to significant point lag. The solution was to develop a unique, super hard, radially forged tang that reduces flex in the handle to almost zero.

Forging
We now have 2 new forges up and running. The larger of the two machines is of a type more usually used to make gun barrels which have to be super high precision. We can now design and forge blades to 0.1mm accuracy with almost no variation between one blade and the next. Forging the tang where it joins the blade is the most difficult part of making foil and sabre blades, the profile changes from rectangular to square and then round. We have designed and built, in house, a unique spinning forge that uses a technique called radial forging which produces a tang that is pre work hardened and as a result is incredibly strong. This gives you the mechanical advantage and significantly improves the control of the blade. The radial forging technique provides the tang with a lovely hammered finish which is reminiscent of the best Japanese kitchen knives.

Custom repeatability
To get the level of consistency we wanted, we moved away from the grinding process that all other blade manufacturers used, and decided to mill the blades. Milling involves ultra high precision tools and computer control systems to cut metal away. We can get down to a level of accuracy never before seen in sabre blades and the variation between each Apex blade is less than 0.1mm across the profile. This will literally eliminate the need to pick through a batch of blades because they will all feel exactly the same, which will make on line ordering of blades a much safer and more repeatable experience as you can be sure of what you are going to get.

We believe we have produce a blade that lasts longer, is safer and performs better and more consistently than any existing sabre blade.

James Honeybone - Team GB Olympian
"The difference in performance and accuracy is unbelievable. After fencing with the Apex blade, I would never want to fence with any other Maraging Sabre blade again"