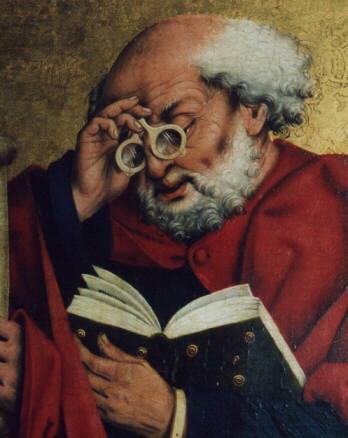 Can I become a better fencer simply by reading? Not really. Read these anyway.

In lieu of an insightful, technical, enlightening and motivational article this week, here’s a list of books that can deliver all that instead. None of them are HEMA books, instead they’re from other martial arts (or none), but I believe each and every one of them can benefit your HEMA practice.

This week, we'll look at a pair of insightful works, and a pair of more technical ones. Next week, it'll be enlightenment and motivation!

The works in question are my personal favourites, so it’s an incredibly subjective set of reviews. The links are to Google Books.

Understanding Fencing: The Unity of Theory and Practice by Zbigniew Czajkowski

If you haven’t read this one, get on it.

Yes, it’s a sport fencing book. It’s also more like a bible. It’s dense with information that applies to HEMA, including a lot of foundational concepts that apply perfectly to HEMA, but no-one in HEMA had explicitly spelt out to me in years of training. Be aware that when I call it dense with information, I’m being discrete about the prose. This is not written as a “Dummies Guide to Fencing” - “In order not to lose an active and offensive style of fencing, in which the fencer maintains control of the initiative and often uses offensive actions, the technique of defence - parries and counter-attacks - must be perfectly mastered in order to be certain of being effective at any moment in the bout...” - is a typical piece of his writing.

However, he also says “"To look is not the same as to see, to see is not the same as to perceive. We perceive, really - on a higher, conceptual-functional level - only what we know, understand well and can give a name to” and that covers a lot of what made this book vital to my development as a longsword fencer and coach. It filled in conceptual blanks in my understanding of how fencing worked.

Amongst further useful things, Czajkowski addresses emotional equilibria and how to use it in training and competition, a motivational typology of fencers, and a lot on the basic types of actions in sports fencing. Usefully, this last is not broken down by physical movement so much as tactical role, which aids in its applicability to other weapons. Are you making an eyes-open attack or a pre-decided compound attack? He also covers how to plan and run classes in detail, which is always useful, as well as providing guidance on long term coaching!

The Liar the Cheat and the Thief: Deception and the Art of Sword Play by Maija Soderholm

This is a book about being a dishonest swordfighter. When we fence, we try to deceive our opponents, and we try to spot their deceptions and discern the truth about what they’re up to. 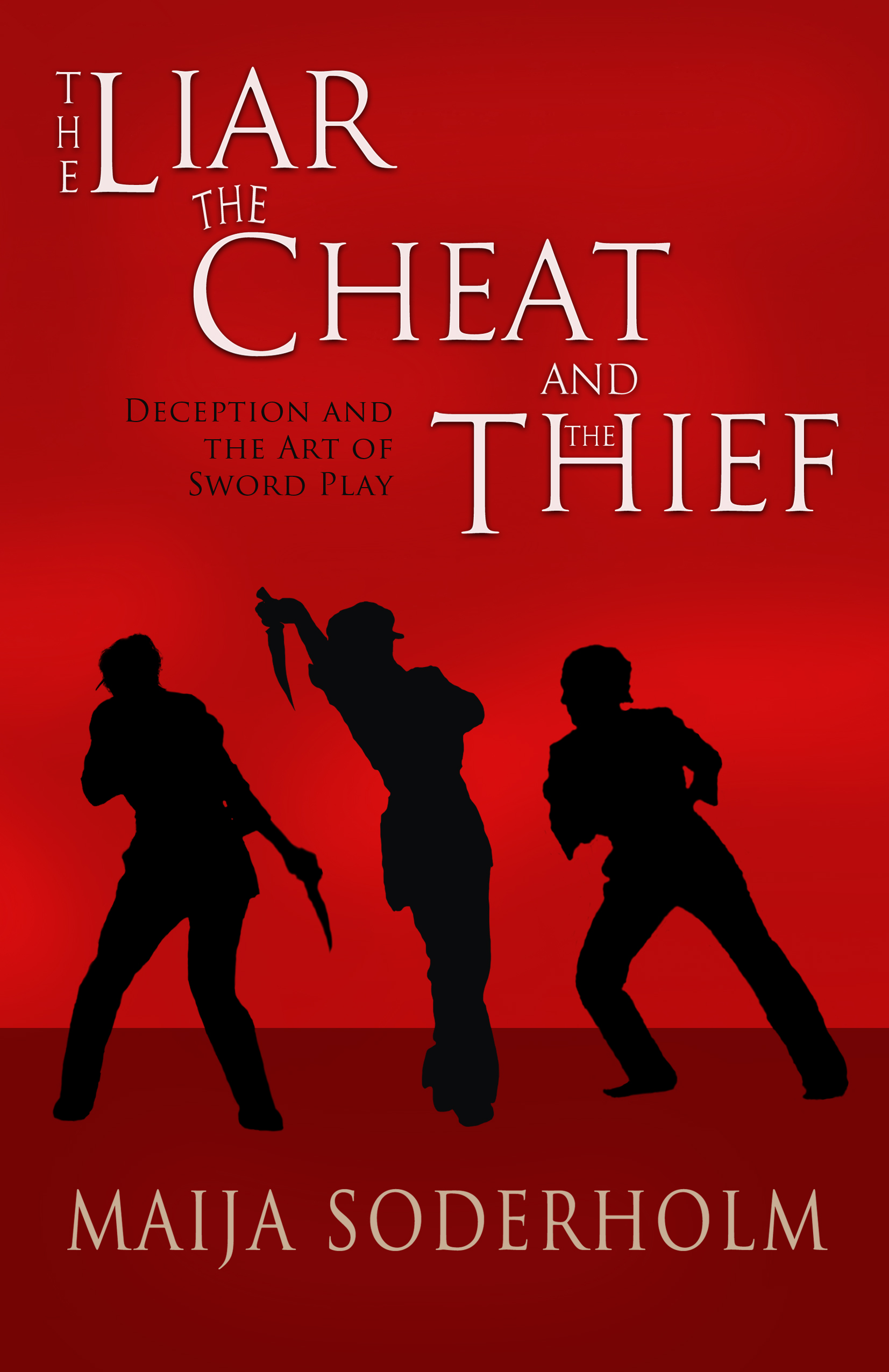 Written by an escrimador for other escrima practitioners (it does come with a glossary) this is divided into three sections. The first discusses the role of deception and perception in sword fighting, the middle is drills to develop your swordfighting abilities, and the final section is a miscellany of advice on drilling and the psychology of martial arts training. Depending on your weapon preference you may find the middle section more or less useful, but the bulk of the book’s value was in the other parts. Along with many personal anecdotes of her training, Maija gives many gems on how to practice and how to fight.

In tone, this is the opposite of Understanding Fencing. It’s personal, informal, occasionally crude, and ultimately focused on lethal fighting rather than sport. I recommend it to everyone who is too straight-forward and open for their own good.

Why do I list a boxing book under the “helpful technical advice” section? 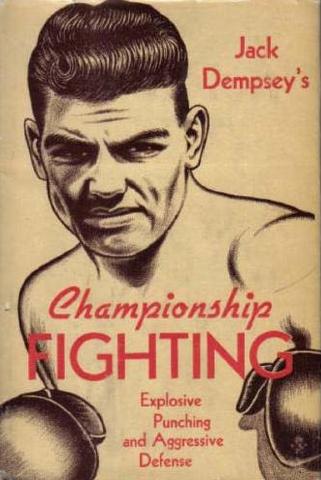 commend it not to learn to box, although it’s good for that, but to learn how to explain the physical movements of martial arts.

Jack Dempsey was a world heavyweight champion back in the 1920s and he published this in 1950. He comments in the introduction that he had difficulty in breaking down what had become, to him, automatic and ingrained habits and even forgetting that he’d been taught them at all and mistaking long training for born talent.

This is perhaps the best work I’ve ever read when it comes to breaking down physical actions and communicating them. If only the historical masters had done the same! 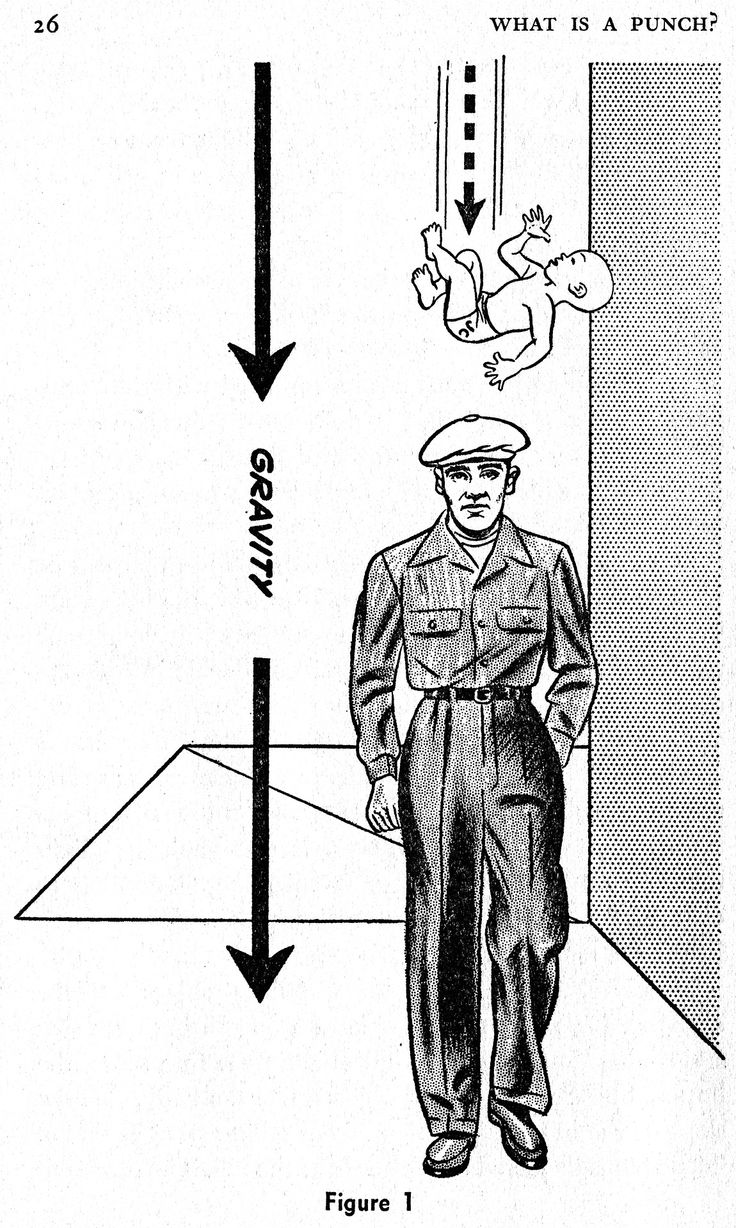 Ed Igoe’s illustrations are a part of why I love it so much. His work is detailed but  immediately comprehensible; it often simply illustrates the text’s analogies and descriptions.

As well as explaining the physical principles underlying actions, Dempsey uses metaphors and visualisations (sometimes hilarious - note the baby illustrating the power of gravity above!) to communicate how they should feel. I strive to have half as much clarity and comprehensive coverage of technique when I teach.

Everything by Jack Slack 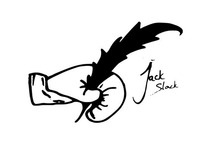 “Jack Slack” is the pen name of a UK based combat sports writer and analyst. He’s currently writing for the Fightland website, maintains a website at http://www.fightsgoneby.com/ and has extensive archives of his old column hosted at Bloody Elbow. He’s also published a few e-books.

Why should you care about someone who doesn’t even write about sticks and stones, never mind swords? Well, first of all let me gently remind you that not all HEMA uses swords, you longsword chauvinist you. Secondly, some things are universal across all fighting. Here’s an article that covers distance management, directing the fight to your strengths and not your opponent’s, setting and breaking patterns and expectations, cutting out at angles, controlling space and trapping opponents, setting up openings with other attacks, and more in one match.

Thirdly, Slack explains things well based off examples. Usually thoroughly gif-ed examples. There's the Dog Brothers line - "you see it taught, you see it fought", and while Slack explains his anonymity as the result of his personal lack of athleticism and competitive record tarnishing his analytic reputation, his understanding is top notch.

Don't believe me? Here's a pair of articles on "How someone might beat Ronda Rousey" and "Holly Holm might be Rousey's worst nightmate". Now here's his follow-up article, after Rousey was dethroned, modestly on "I didn't actually predict her to do it, but she did it like I said..."

Styles make fights, and you need to learn how to watch for them, how to gameplan, and how to fight the fight that you'll win. Even if it's not "your" natural or normal style of fight. There'll be times when someone just has your regular game figured out. Then you'll either have to be able to adapt and find a chink in their game plan, or hurry up and lose.