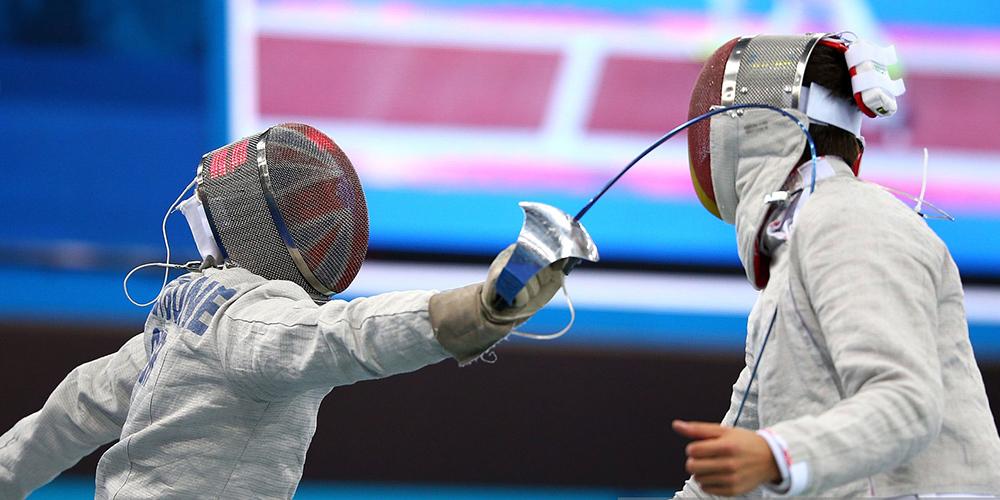 I started fencing Sabre 19 years ago (makes me feel old to know I have been fencing longer than some of the young guys in the GB squad with me have been alive!), I competed at the 2012 Olympic Games and have been on the World Cup Circuit for over 10 years, and for the vast majority of that time I have fenced with one type of blade, or something incredibly similar to it. In fact, nearly all international Sabre fencers use very similar blades to each other. However post Tokyo 2020(1), we will all need to move away from the blades we are using now…

At the last FIE SEMI & Medical Commission meetings it was decided that at FIE events Sabre blades would now need to be made from maraging steel, this means that Sabre will now fall in line with Foil & Epee, who have had to use maraging blades for many years now. Whilst I think this makes 100% sense from a safety point of view, it was not necessarily a popular decision from a performance point of view.

As it stands very, very few high level Sabre fencers use maraging blades currently, whilst some bystanders would say this is because ‘they just use what they are used to’ or ‘they just don’t want to pay for the more expensive blades’, I had a different opinion on this. At international level athletes will want to use the kit that allows them to perform to their highest level, and I don’t think all of us as a community were just stubborn about changing or were stingy on wanting to pay more. When I relocated back to the UK from Hungary and started working here at Leon Paul, I built myself some new sabres for the upcoming World Cup Season and I built these with the most expensive ‘top of the range’ blades (which were the maraging blades). After my first World Cup of the Season I swapped these blades back out for the cheaper blue blades for entirely performance reasons. The maraging blades felt heavy, unbalanced (despite being set the same way as my previous blades) and unresponsive.

After casually mentioning this to some colleagues here at Leon Paul it was jokingly said how all us fencers were stubborn and resistant to change, but this made me want to look into the blades in a bit more detail to see what the differences were, so I could say more than ‘they just don’t feel nice’. Looking into the science of it I found that:

Carbon steel (which non maraging blades are made from) is a steel with carbon content from about 0.05% up to 2.1% by weight. The definition of carbon steel from the American Iron and Steel Institute (AISI) states:

- no minimum content is specified or required for chromium, cobalt, molybdenum, nickel, niobium, titanium, tungsten, vanadium, zirconium, or any other element to be added to obtain a desired alloying effect;

- the specified minimum for copper does not exceed 0.40%;

- or the maximum content specified for any of the following elements does not exceed the percentages noted: manganese 1.65%; silicon 0.60%; copper 0.60%

Whilst this was interesting, it didn’t really answer my question as to why non maraging blades felt better from a performance point of view. But my next thought was that Foil & Epee currently have a far greater range of blades available. With different styles of maraging blade, and then a choice of stiffness for each different style of blade, where as in Sabre we currently have one choice when it comes to maraging blades: a standard maraging blade. This led me to think that it isn’t maraging steel that is the problem, it is just this one type of blade! My next step was to convince the rest of the guys here at Leon Paul that us Sabreurs weren’t just being picky, and that we also deserved/wanted a great maraging blade (or even a choice of them!), after much grumbling in the office and around the lunch table, I have successfully convinced them that this is something worth working on. So watch this space for a Sabre blade with the lifespan and safety of a maraging blade, with the performance of a current non maraging blade…