LED Sabre – Rules and Principles of a new combat sport 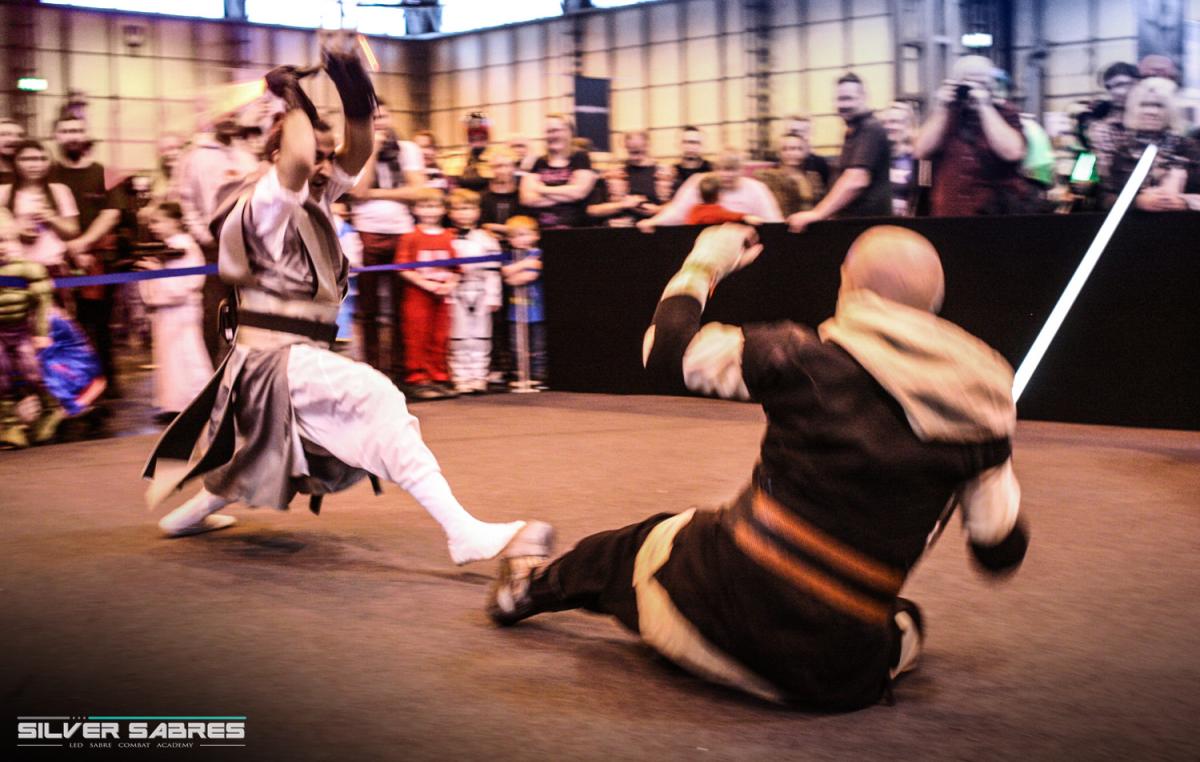 The second episode about our LED sabre series with Faisal Mian, instructor at London's Silver Sabre Academy, where you can learn all about the recently born art of fighting with a light sword, is here! Did you know that the discipline of LED sword-fighting as a true discipline of combat sports is already as advanced as to have its own set of rules for tournaments? If not, we recommend you read on!

The aesthetic and culture of any sport is ultimately defined by the rules that the combatants have to abide by, and thus it was with great consideration that we sat down to write the LED Sabre Open Tournament Rules.

Our intention is to create a very particular visual spectacle (we draw inspiration from the philosophy of gladiatorial combat a la Coliseum of Rome) whilst still preserving the traditional battleground techniques of the longsword, so the first principle we adopted was to define scoring cuts as those capable of delivering conclusive damage to the opponent.

This is a function of two variables: the size of the Arc of Cut, and the alignment of the wrist. Obviously, a polycarbonate tube has no edge, so we encountered a certain amount of reluctance for the alignment requirements, from the community. With so many participants coming from non-edged weapon backgrounds, it was decided that to accommodate them the wrist alignment rule would be relaxed, and only applied to hilt designs that incorporated a crossguard or quillions. Conventional sabres are now freed from this constraint and can be used with much greater flexibility. As a direct consequence of this change, we are able to invite a much broader range of artist to compete, as well as introduce our first official variant design: the crossguard.

The alignment of the wrist is used with the crossguard sabre to determine whether the cut was with an edge or a flat. This eliminates any technique that diverges from correct sword practice and attempts to deliver useless slaps or backhands in order to score points. Stick and Cane fighters are welcome to ignore this consideration, but they pay for this flexibility by not being permitted to use a crossguard.

Further to this, we also have a rule that the minimum arc of cut has to be 90 degrees, at the point the cut is initiated. This eliminates any attacks that would at best deliver only flesh wounds or fail to penetrate light armour, and also ensures that any scoring attacks are overt and obvious enough for the spectators to be able to follow with ease.

In this manner, we create a vocabulary drawn directly from historical combat methods (You're generally interested in the history of fencing? Then click here), with a specific emphasis on the larger and more theatrical techniques.

The use of the thrust is forbidden, as the blades do not flex along their axis and the possibility of injury is too high. The thrust also makes the action too small and quick, which is exhilarating for the combatants but leads to a very staccato experience for the audience, with constant resets and replays, and a noticeable absence of any flowing exchanges or protracted rallies to entertain the crowds with.

A natural extension of this principle is that fighting does not necessarily halt after each hit!

Each fighter starts with a finite number of hit points, and an ideal match would see the fighting only halted by the referee when one of the fighters has had their hit points depleted. In this way, we seek to encourage engagements that flow, both for the sake of aesthetic, and for the exploration of the martial origins of the artform.
If fighting is halted after each hit, there is no need for a defence beyond any successful attack. In reality, a fighter may well be able to continue fighting for several moments after receiving a blow, and we would like to see fighters recognising this and planning for additional incoming attacks beyond their own attempt to land a hit, whether successful or not.

A cut delivered correctly and without risk is infinitely preferable to being the last one to die in a simultaneous exchange!

Finally, despite the liberal use of unarmed methods in battlefield swordplay, we have prohibited all unarmed combat from the field of play. Without extensive training and protection, there is simply no way to insulate participants from the risk of a nasty fall/throw, or from injuries sustained during grappling and striking.

Thus we have arrived at consensus, with a growing global programme of affiliated academies, all agreeing to fight under a common set of rules, and training their students to compete with the same goals!
A severe penalty system is in place, with yellow, red and black cards, to ensure that participants maintain the semi contact nature of the sport, and adhere to codes of conduct fitting for an emerging global activity!