LED Sabre – Is the Force strong with this one? 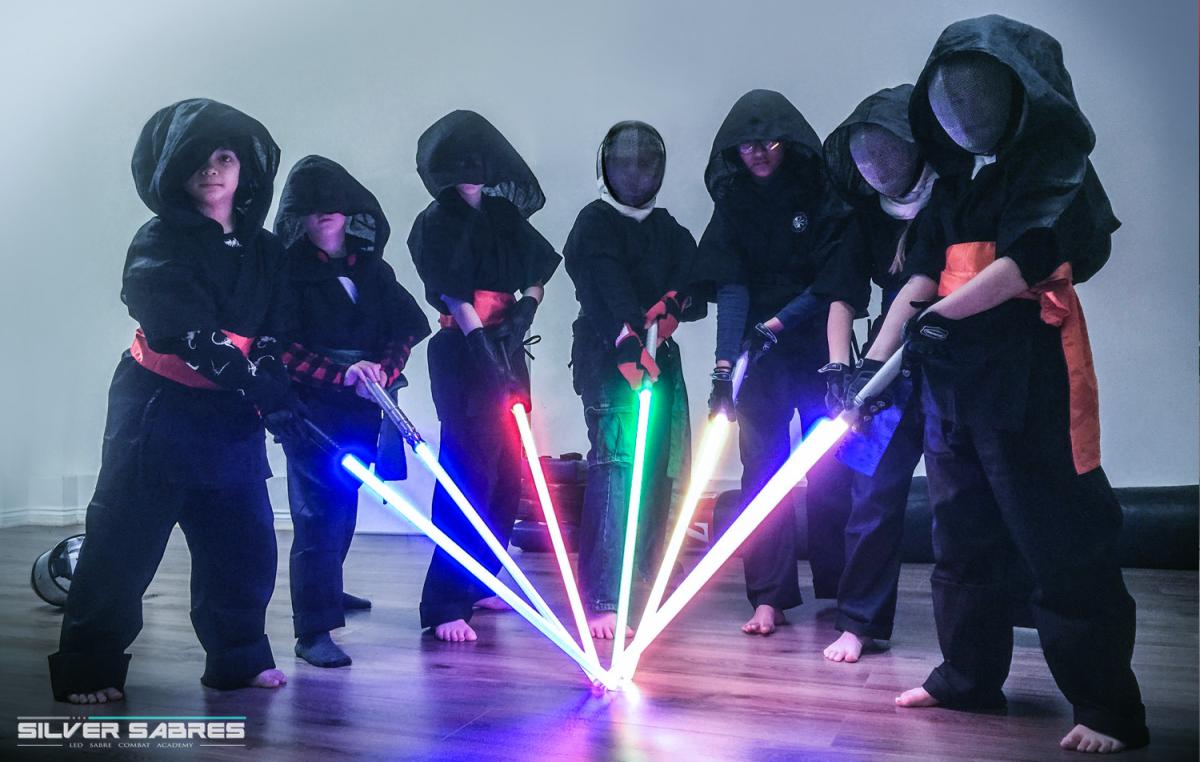 Fencers, have you come across our LED lightsabre yet? In case you're wondering why a fencing manufacturer is selling a gadget like this: if made from the right materials (ours is made from polycarbonate and suitable for controlled sparring), a lightsabre is not a just a toy, but a fantastic opportunity to bring a unique take on martial arts. We've asked Faisal Mian, the London instructor of UK-based "Silver Sabres" Combat Academy, to outline the principles and development of what could become a new type of combat sports.

In his first contribution today Faisal explains the leading idea behind the art of LED sabre combat. Read his full report after the jump.

Over the last few years, as we developed the syllabus and the competitive format of LED sabre combat, we were always very conscious of the fact that we didn’t want to create yet another derivation of an existing sport. We wanted to explore a totally new direction, one that introduced the sword arts to those who were not interested in any of the existing options.

The first thing we realised when we were introduced to the LED Sabre, was that it is an exceptionally safe medium for training.

The polycarbonate blades have enough flex and are light enough to allow fighters to engage using cuts, without requiring heavy armour or plating. Although heavy grade blades are available, and these blades permit full contact sparring, we elected instead to focus on the medium grade blades, and pursue a semi contact approach. As a result we can spar wearing just regular fencing masks and good gloves! 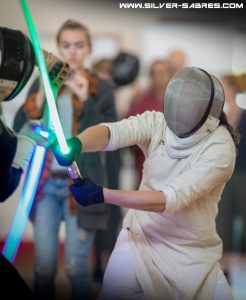 This has the wonderful effect of lowering the entry price, as individuals and clubs don’t need to buy extensive protection in order to start training. A beautifully inclusive sport emerges, which is easy on the pocket and appeals to boys and girls, old and young. Everyone can have a go and experience for themselves the joy of the sword arts, without risk of serious injury or bankruptcy!

The art of LED Sabre draws primarily on the vocabulary of the European longsword. This is historically one of the most versatile of swords and it permits a comprehensive range of techniques, including single or two handed grips, forward or reverse grips, half swording, pommelling, true and false edges, and a crosspiece fit for purpose. It is so broad in its scope, that any swordsperson from any discipline should be able to find comfort with it, and it allows the art of LED Sabre to represent a neutral ground between the many diverse traditions and practices from around the globe and throughout history. Recently, we have relaxed certain conditions of the tournament rules, to allow stick and cane fighters to also participate, broadening the scope and appeal of the sport even further! We would like the inclusivity and openness of this new combat sport to reflect a truly global 21st Century community. 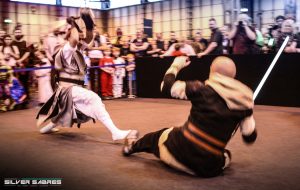 The nature of the LED Sabre permits the use of full arcs of cut, that with a heavier weapon could easily result in concussion or whiplash injuries. With these magnificent glowing arcs slicing through the air we can finally witness fighters in competition using actions that have a clear intent to render their opponents asunder! Not just a touché, but a sincere attempt to deliver a blow that would be conclusive, that is clear for not only the referees to judge, but also for the audience to celebrate. Obviously, balancing this with the need to pull your blows and maintain a semi contact environment takes practice and training, and this is why we integrate mindfulness exercises alongside the physical drills. Discipline, technical precision, and self control are primary goals for all participants.

In this way, the specific format for tournaments is explicitly designed to be both simple enough for casual spectators to understand, and visually entertaining enough for people to want to watch it!

One of the biggest issues with combat arts is that they either appeal to fans of blood sports, or they are so complex that the audience only consists of people who are actively involved with the sport in the first place. We have an opportunity to introduce a new generation and demographic to the arts of the sword, and to potentially inspire interest in classical fencing arts and traditional martial arts, whilst at the same time creating an spectacle that is appealing to sponsors and advertisers.

One of the main things that the students have taken away is the opportunity to develop physical literacy. Many of our students are avid fans of science fiction and fantasy, and have told us that this is the first time they have been enthusiastic about exercise! It is amazing fun! And as any good teacher knows, the magic ingredient in learning is fun! 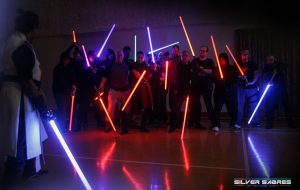 So, if you would like to expand the horizons of your clubs, or if you would like to dress up and fight in costume, or if you would like to see a spectacular new art form growing and developing, then please do not hesitate to get in touch. As with all such endeavours, the quality of the product is totally dependant on the training the instructors have received, and we are always looking for new coaches to join us and take this art to their clubs, schools, friends and families!

Sounds marvellous, doesn't it? Click here to readd the next instalment of this series, where Faisal Mian explains the rules for LED sabre competitions.