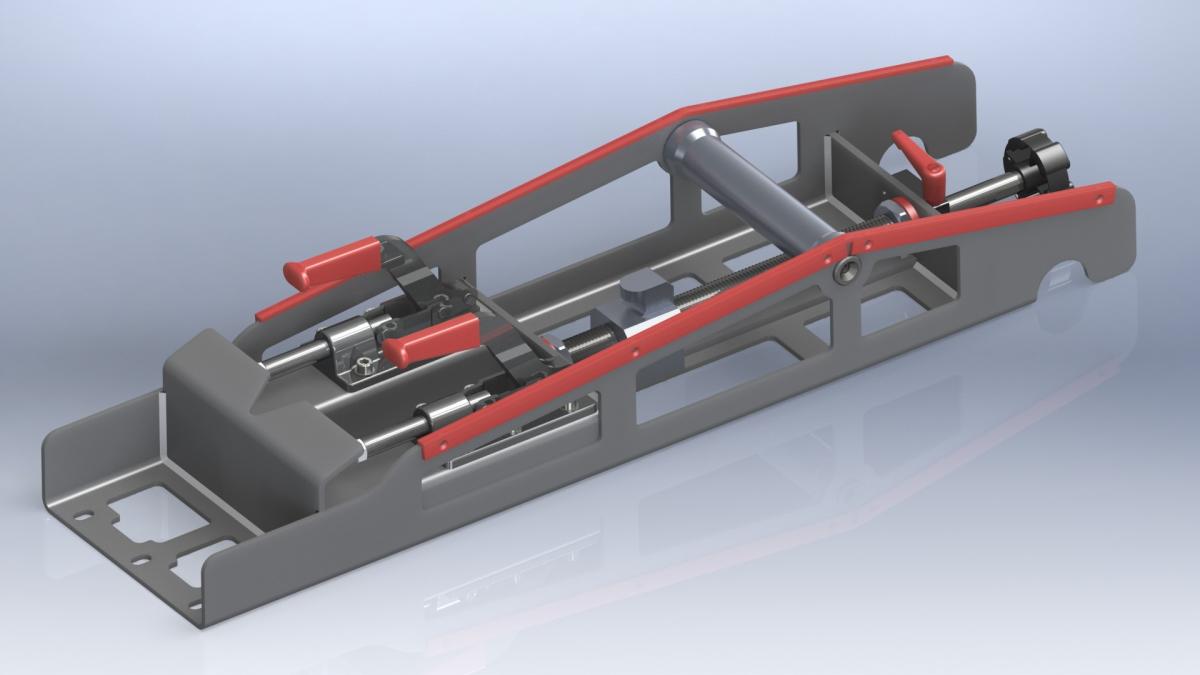 ...but could revolutionise many static wheelchair sport.

While watching wheelchair fencing at London 2012, I was amazed to see how long it took to change fencers, in one case it took 20 minutes. I made a throwaway remark in front of the International wheelchair technical manager Udo Ziegler and the Olympic fencing manager Hillary Cawthorne that if an F1 car can change 4 tyres and refuel in 10 seconds it must be possible to engineer a method of changing wheelchair fencers in under 15 seconds. The ensuing bet for a bottle of Champagne that I could design such a system won me a bottle of Champagne (not yet received) but cost Leon Paul more than £20K in development costs and engineering prototypes, however, on the plus side, I believe our solution could revolutionise many static wheelchair sports.

The long-term objective must be to move static wheelchair sporting events
competition/training into the modern world, where the wheelchair athletes can attach themselves into a fame unaided in the shortest possible time (no more than 15 seconds). With the present system of strapping down the front by passing a ratchet strap around the front structure of the wheelchair by the athlete's feet, this would never have been possible.

Wheelchair fencing like many wheelchair sports came out of the Stoke Mandeville Hospital. The hospital's National Spinal Injuries Centre is one of the largest specialist spinal units in the world, and the pioneering rehabilitation work carried out there by Sir Ludwig Guttmann led to the development of the Paralympic Games. Initially, the two fencers were placed apart and the chair's wheels locked, see picture. 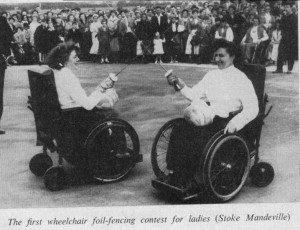 As the fencing became more energetic the chairs had to be held in a fixed distance apart so the first frames consisted of large floor plates with rails and a mechanism for changing the distance between the fencers, these were over 200 kilos in weight.

Wheelchair fencing as a worldwide event became more popular, the IWAF laid down rules covering both the fencing and the equipment. Manufacturers started to produce lighter weight and more transportable frames, see pictures 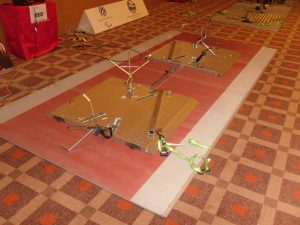 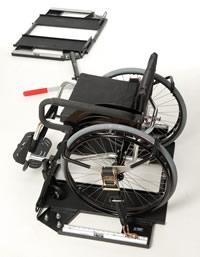 As there was no standardisation for fixation attachment points on the chairs the original method of fixing the wheelchair to the ground has remained. Over the large rear wheels, a grappling hook pulls the wheel to the floor by means of a tarpaulin strap ratchet or a mechanical ratchet. The front of the chair is pulled forward and down by means of tarpaulin strap ratchet fixed at both ends to eyebolts in the front of the floor frame. The front strap passes through any part of the chair frame that is available, often obstructing the fencer's feet. This is the weakest part of the fixation method. The chair is being held by the pressure on the front small caster wheel pushing on a front stop bar. The front caster wheels can rotate. During violent fencing, the front of the chair can move sideways. There is no mechanism for centralising the chair.

It became obvious that the present front wheelchair fixation was the main obstacle to be able to meet the brief. We looked at what fixation methods were used in say, transport and found several solutions of creating plates attached to the bottom of the chair which slid into female parts bolted to the vehicle floor, watch the video here for an example.

These were complicated and for what we needed, over-engineered. After discussing the problem with a UK wheelchair manufacturer Divinci, we came up with an elegantly simple system of creating a horizontal bar lying just behind the front wheels made from the same tube used in the chairs' manufacture. As the chair is pushed into place the tube locates into a 200 mm long channel. The bar is held tightly into the channel by two toggle clamps. A short vertical pin in the horizontal bar locates into a v shape cut out in the channel so the chair is centralised on the frame and cannot move side to side.

Video of the chair being locked down and description of parts needed to update each chair.

The clamped horizontal tube prevents the chair from moving in all directions other than up and down so all we then needed to do is pull the chair downwards, this can be done using the present grappling hooks but is easier to do by attaching two eye bolts to the rear axle to which a cable is attached. The cable can down be pulled down using a screw or toggle mechanism, See picture

The bridge is self-contained and can be bolted to any existing frame.

Over three years ago we supplied four frames and 8 adapted wheelchairs to a newly built club in Strasburg, see pictures.

The feedback has been very positive about the fixations system which has worked without issue.

The advantage of placing the front and back fixation within a single central bridge construction is; that with our solution and/or further refinement it will allow :

1. It opens up what must be the long-term aim of the wheelchair fencing federation that wheelchair users will be able to lock their chair into a frame without outside help.
2. The change over from different fencers can be reduced to under 15 seconds
3. The change from left to right handed fencers can take 15 seconds.
4. The bridge can be retrofitted to existing frames.
5. The cost to each wheelchair owner will be 100 to 200 dollars.
6. With the new system, it will be relatively easy to introduce electrical changing of the distance between each fencer.
7. Once the fencer has introduced his chair into place with the locking bar and pin correctly placed in the channel the chair will be capable of being locked in place electrically by a press of a button.

The steel central bridge as designed by Leon Paul weighs 10 Kilos. Using aluminium alloys it will be possible to reduce the weight to 5 Kilos. 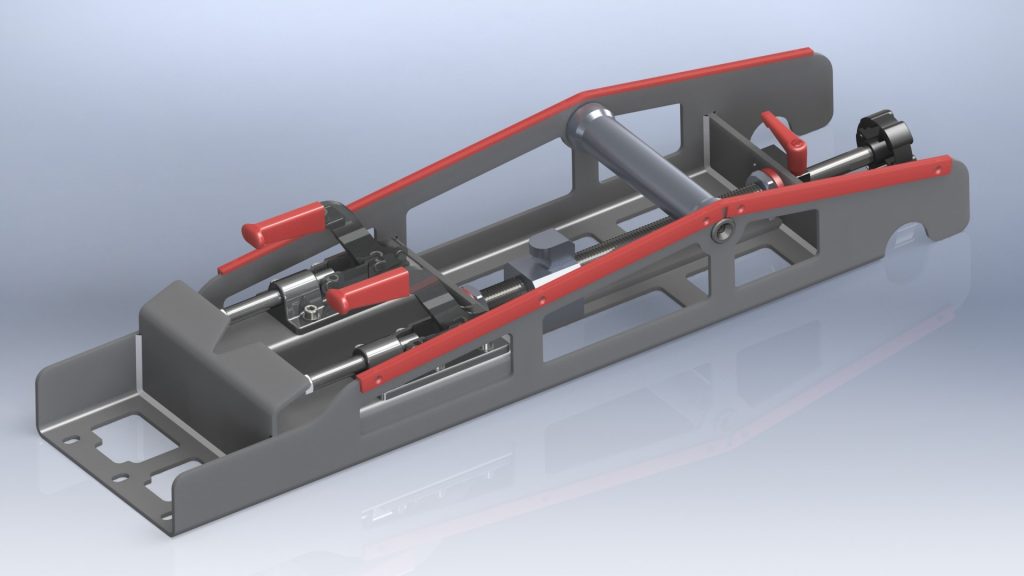