Get 20% of all blades. Enter the code 20BLD2020 in the cart or at checkout. Ends midnight on Wednesday 28th of October. Click here for T&Cs. [close]
https://www.leonpaul.com/customerajax/name/getcustomername/

By petersmallridge on 1st September 2016

HEMA stands, of course, for

This name provides a nice definition of what is, and is not, HEMA - an art (systematic and complex) that’s martial (intended for fighting) from Europe that existed in the past and is now resurrected because it was recorded in sufficient detail (historical). Or to put it another way, it's a Type II in Chidester's Typology. The most popular form of HEMA at the moment seems to be medieval and renaissance longsword. That’s what I train and compete in, working specifically from a cluster of related texts that get collectively referred to as the “Liechtenauer tradition”. HEMA is often synonymous with swordfighting. Yet recently, at the Dublin event Feile na Gaiscigh, I found myself wrapping my fists and hitting some focus mitts at a boxing class. Was this still HEMA? The instructor was teaching the 18th century art of pugilism based on the book by British champion Daniel Mendoza. It was historical, European and a martial art. Boxes ticked!

This article will explore some of the less frequently practiced forms of HEMA, as well as borderline cases and martial arts which, while not HEMA, are worth looking to for comparison or inspiration.

Firstly, let’s consider less common examples that still fall within the conventional HEMA category - in other words, they meet the definition above. While unarmoured swordfighting is the most common practice in HEMA, even if we wear protective kit, the medieval knight was known for their shining armour. Predictably enough, they had developed complex systems for fighting in it and against equally armoured opponents. This is now being researched, trained and taught by some HEMA practitioners. Even if you can’t afford a full harness, I’m told you can start to simulate the conditions of harness fechten with a lead-weighted training vest over your regular HEMA sparring gear and duct taping over 90% of your mask mesh to simulate the vision and airflow of a closed helmet.

Knights were also known for fighting on horseback, of course, and there are HEMA researchers doing just that. In fact, there’s a whole event for it held annually, here’s last year’s highlights video:

Also at Feile na Gaiscigh was fighting with seven foot staffs - less frequently seen than swords, perhaps because it’s tough to train with aliveness and safety! Along with staff, other less commonly researched weapon systems from the medieval and renaissance European arsenal include daggers, maces, flails, pikes, and scythes. Or why not go all out and learn how to fire a crossbow from horseback backwards at pursuing lancers? 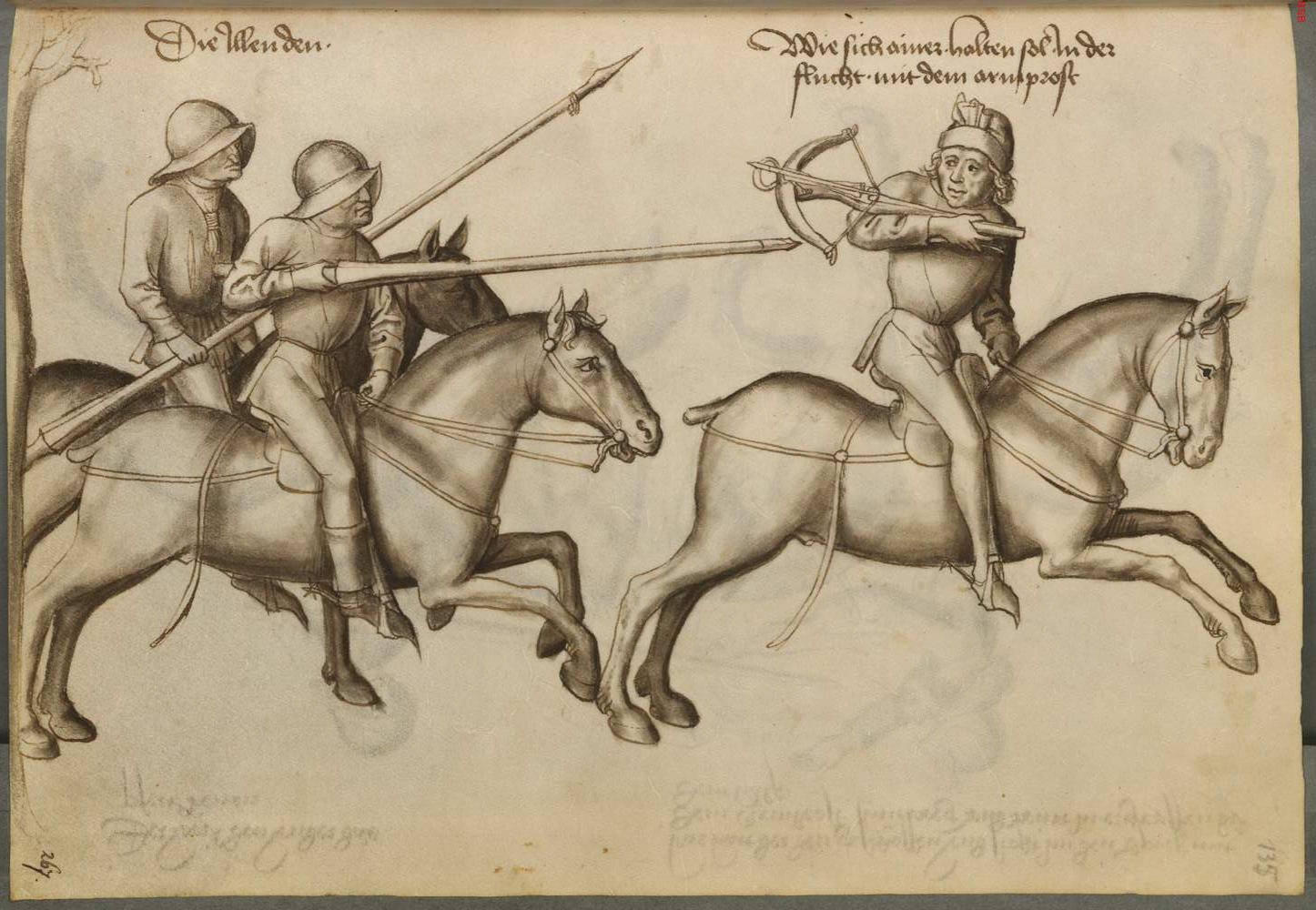 Away from knights in shining armour, there’s a flourishing HEMA revival of nineteenth century and early twentieth century martial arts. These, however, are often connected to surviving, living lineage martial arts - Bartitsu was a hybrid martial art practiced in Edwardian London that combined Japanese judo/jiujitsu with French cane fighting and English wrestling and boxing, I already mentioned the earlier ancestors of modern boxing that are often called pugilism to distinguish them from current forms, while modern fencing is derived from more martial forms aimed at preparing a fencer for the duel in the Early modern era or even for fighting in war. The last of these military sword arts might be from General Patton himself, who designed a Model 1913 sabre and associated manual for the US cavalry albeit just in time to see it become completely obsolete. These surviving lineage arts can blur the lines of historic and modern martial arts - at which point are you just boxing, or wrestling, or fencing, rather than practicing HEMA?

Then there are also arts which I cannot quite call HEMA because while they can show old antecedents, the system itself wasn’t recorded in detail until recently and they've maintained an unbroken lineage of teachers and fighters. In other words, they're Chidester Type Is just like boxing, but with more "fossilised" content preserving the old styles. Examples include the Portuguese stickfighting art of Jogo de Pau, and “glima”, Nordic wrestling with viking roots which boasts a continuous century of recorded championship competition in Iceland. Where these differ from other martial arts with ancient lineages is in their obscurity and their claims to represent a survival of historic arts. Many martial arts, of course, lay claim to ancient pedigree, often to the point of mythologising their origins. Yet at least in these cases there is evidence of similar practice in the past, even if the systems themselves were rarely if at all recorded. 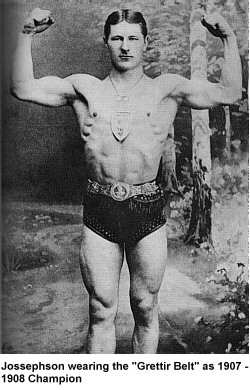 Then there are the arts with some record, but neither a surviving lineage nor evidence with detailed technical information available. Richard Marsden was determined to reconstruct Polish sabre fencing of the 17th century. The sources were scarce, but I think he did a good job. Hurstwic have done something similar for various forms of Viking combat. Keith Farrell has called such reconstructions "interpretive systems", and his AHA organisation has its own attempts to work out systems of broadsword and targe fighting. These are Chidester Type IIIs.

As well as arts that blur the line on historic, there are historical martial arts which we can’t call HEMA because they’re not from Europe. Whether we’re talking about China, New Zealand or Iran there is no shortage of extinct or endangered arts that people are working to preserve or resurrect.

There are also modern or non-European martial arts which provide valuable insights for the HEMA practitioner. The value of cross-training boxing or judo when examining Pugilism or Bartitsu should be obvious. So should the benefits of a grounding in modern fencing theory when examining historical fencing arts. Yet consider the benefits of kenjutsu (Japanese swordsmanship) to learning longsword fencing, or of training kali (Philipine arts for the knife, stick and machete) if interested in dussack fighting.

If this list of an article was to have a conclusion, it would be: do what you want, just be honest about it. There's nothing wrong with wanting to do an undocumented historical fighting style, but once you've made your aspis, dory and panoply you should be honest about exactly what sources you do or don't have for your "hoplite martial art". Do what you want to, and if there's a historical martial art that interests you, pursue it. Just don't dilute the term HEMA by applying it to some invented and unevidenced system. That said, go have fun!