From Start to Summit 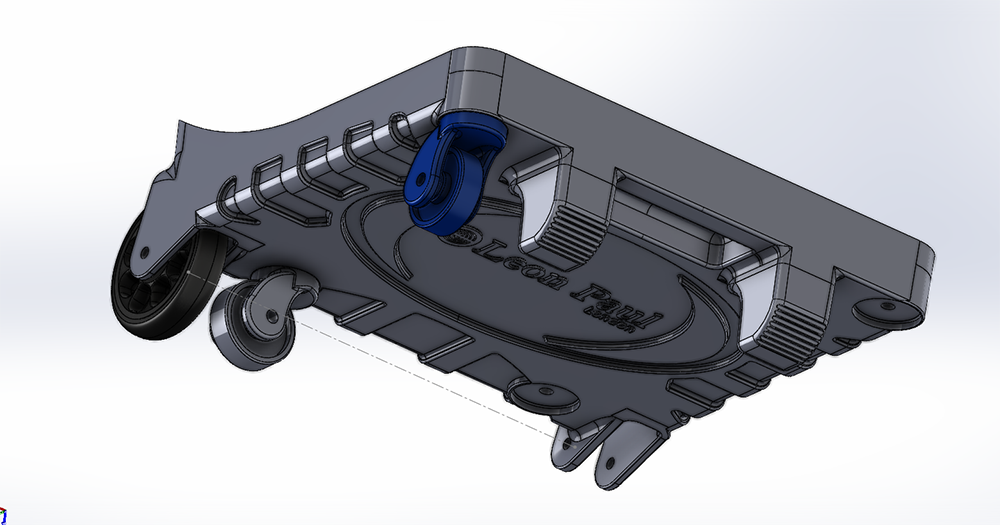 The journey from design idea to design actualisation - however long that may take - can be broken down into six simple aspects: the who, what, how, where, why and when.

Let’s start with the what. A fencing bag. The who? Easy - that was me. When? Over ten years ago. Where?

At Atlanta International Airport on my way to US Nationals. I happened to be carrying two fencing bags like the one above, loaded up to the max, and transporting about 100 kilos of stuff. Edging through the queues, I resembled the guy off the evolution cartoon that depicts the advancing stages of man. And dragging those two bags, I was definitely in mankind’s earliest stage of development. I shuffled and stooped trying to make back-breaking progress while the harsh webbing of the bag straps cut into my hands.

As my poor knuckles were skirting the dust on the floor, I thought there must be a better, more civilised way of transporting fencing gear. I didn’t need to evolve but the fencing bag definitely did. There’s the why of the design, and now for the how.

Ten years is a long time in some ways to develop a better bag but there were so many considerations. I knew the level of abuse that baggage can take from handling in airports so any design had to be robust but also practicable and serviceable. One prototype I set about building had fibreglass reinforcement. Another had a removable sack-truck trolley.

In these aspects I was managing to give the bag design extra protection, but I had to also keep returning to other core focus areas - like access, and how a fencer could easily get hold of what they wanted when they wanted it. Organisation, too, was key - where had stuff been put in the first place had to be logical and well-ordered. Then there was transporting the bag so everyone didn’t look like they were trailing at the very beginnings of the evolution cartoon.

I was so used to seeing those areas of weakness in fencing bags everywhere. Almost every fencing venue or club would be littered with cavernous hold-alls that, once unzipped, would become untidy and flop out all over the place. I’ve been to some events where you could hardly locate your bag, never mind find an item in the bottomless mess that had been the fencing bag before being opened.

So to me it wasn’t a case of why you’d have shelves in a fencing bag but why wouldn’t you. While I was at it, I made the shelves adjustable to suit the way the fencer wanted to carry the kit, not the way the bag made the fencer carry it. I followed on with a unique top-loading section, rigid sides for custom details, built-in carry straps, a locker shoe bag to keep footwear away from whites, internal and external zippered pockets. Even a pouch for hand sanitiser.

Some inspirations originated directly from fencers themselves along the way. The Apex has two drinks bottles holders. That comes from Richard Kruse who always has an isotonic drink plus a bottle of pure water on the go to take alternate sips.

Courtesy of sabreur James Honeybone, I had to literally put the brakes on the bag design. James had taken the bag on public transport and discovered that, as the Apex looks like a kind of walking bag buddy on its six wheel base, it could literally travel on its own on The Tube - and at speed! So I added feet and a comfy grab handle - that way the Apex can be positioned safely in stop-mode.

Whenever you make a superior product, you always wonder how you put up with previous, outdated models. But that’s evolution: when we, over time, naturally select the better versions and options that then, like any apex, become the best sum total of all ascending lines connecting together at the pinnacle.