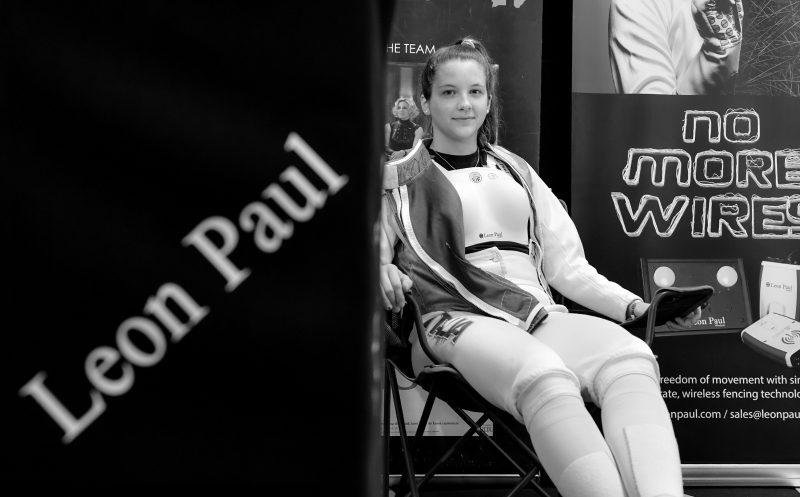 You might know the reasons behind its development, you might have received a newsletter promoting it and you might even have purchased it already…but do you really know the story of FoilGuard, the new EVA soft cover mandatory for all fencers wearing a chest protector in official FIE competitions (and domestic events in many countries *)? We’ve gathered some insight with our supplier when the product just came out last spring – read on for our background story about Richard Shearer and his company QP sports.

(Spoiler: even if you don’t know it , you might already own one of their products! )

Verona - on a bright and sunny Easter Monday. With spring already sprung in Northern Italy, it’s the season when the town, immortalised through Shakespeare’s play Romeo and Juliet, starts to fill with tourists eager to discover the narrow alleys of the historical centre on the trails of the star-crossed couple. But this year, in early April,  the city is also attracting a crowd whose destination (if not destiny) lies quite far from Juliet’s balcony, a few miles out of the old town. These visitors converge to the so-called “Cattolica Center” near the Verona trade fair, where from April 1st to April 9th 2018 Cadet and Junior World Fencing Championships take place. It’s definitely the highlight of the season for these age categories, but also a very special event for every fencing manufacturer: in fact, it’s the very first event where the new rules of FIEUpdate2018 apply, which means that not only the new mask fastening system is mandatory, but also that all foil fencers wearing plates are required to fence with a soft cover attached to their chest protector, in order to avoid the deflection of hits.

For us at Leon Paul, Verona 2018 Cadet and Junior fencing World Championships therefore marked not only a peak period in mask retrofitting, but also the official release date of FoilGuard, the new EVA soft cover for men’s and women’s chest protector we’ve developed in collaboration with New Zealand brand QP sports. What a better occasion to have a word with head of QP sports Richard Shearer, in order to offer you some insight into the product? So, while the front desk is busy selling kit to fencers and visitors, we sit down with Richard in the back of our sales booth in the Cattolica center, next to three half-opened boxes of FoilGuards, which were delivered by none other than our interviewee himself, to chat with him about not one, but two things you might be unfamiliar with: the just-released soft cover itself…and the company behind it. 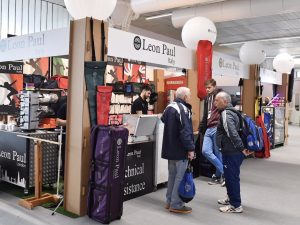 Our booth in Verona (Picture © Augusto Bizzi for Leon Paul)

The company behind foil guard: a big (and supportive) player in the shadows

Chances are high that you’ve never even heard of the name 'QP Sports'. Rest assured, fencers, that’s not due to an oversight on your behalf, but actually a wanted phenomenon, not to say that its a part of the brand’s philosophy. In fact, as Richard, who defines himself as a “man in a women’s world”, explains to us in his opening statement, QP Sport is a true niche business, expert in the manufacturing of chest protectors for various sports, ranging from fencing to other martial arts and even rugby. As the only producer specialising in chest and breast protection (if you have a chest protector, it’s likely that somehow it’s coming out of one their moulds), they offer their expertise and knowledge to other, strong brands they collaborate with, who then take care of production and sales – a win win situation for both, because producing a chest protector or any annexed product themselves has “no commercial sense for a fencing manufacturer”, says Richard. “If every manufacturer had to develop the tools for making chest protectors themselves, they’d have no return on those investments, because sales are limited due to the relatively small size of the market. So the manufacturers rely on us”. Not surprisingly, QP sports sales statistics reflect this situation: The brand itself is based in New Zealand, but almost all the product stock goes into export, 75% of which goes to the EU, mostly to the United Kingdom, France and Germany, where it is purchased by business customers, among them Leon Paul. (Your current plastic chest protector is made by QP sport as well!)

And as one of the oldest customers (we’ve been working with Richard and his brand since the 90s!) we can definitely say that the confidence awarded to QP sports is more than justified. Case in point? Verona 2018. When the schedule gets tight, Richard is very hands on and not only doubles as an efficient and reliable courier personally delivering boxes full of foil guards from his hotel to the tournament venue, but also makes sure every package of FoilGuards contains the set of Velcro dots needed to attach FoilGuard to your current chest protector. 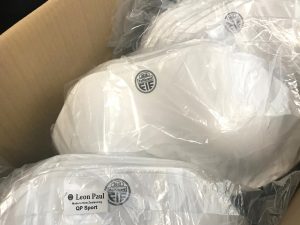 Yet, this kind of “last minute support” is only the tip of the iceberg of the relationship between QP Sport and fencing manufacturers, especially when it comes to new products, which can be very challenging to develop… and the history behind FoilGuard is a perfect example of that: The first steps taken by QP Sports to produce this particular item date back to 2016 when Richard was approached by the FIE’s SEMI commission to work on a solution to the problem of the deflection of hits in foil fencing. However, the first prototypes, with which Leon Paul helped to do the testing, showed, this task required quite a lot of adjustments along the way. “Generally, when we’d have solved one problem, a new one would show up“, Richard breaks down the development process of FoilGuard, which was littered with unexpected difficulties, among them insufficient thermal regulation (which fencer wants to be more sweaty than you already are anyway?). So, in order to achieve a product allowing adequate heat management, a lot of input from fencers and manufacturers (Richard came specifically  up to our London headquarters during the process, in order to “meet with the experts”, as he, who admits that he is not a fencer, calls it) was necessary… and in the end, the outcome was quite different from the very first approach. Yet, once the right material – which is a specifically engineered foam – was found, the whole process was still far from being completed: the moulds still had to be created (and you have to consider there are nine sizes for women plus five for men, because FoilGuard is designed to fit perfectly over your current chest protector!), the product had to be officially presented to the FIE (that was at Leipzig 2017 Senior World Championships, by the way) and after the FIE congress in Dubai in November 2017, where this new piece of fencing kit was officially added to the FIE rulebook, mass production (including final quality control) still had to be launched. Talk about a tough task list!

Anyway, minor bumps along the way notwithstanding, everything worked out – stock and sales of FoilGuard at Verona 2018 fencing World Championships were proof of that. “I am really happy to see our customers sell a product we can all be proud of”, said Richard as a conclusion to our talk, not yet knowing that a few days later, when the foil delegations would show up in Verona, FoilGuard would sell like hot cakes.

And – one might add today – it was definitely a good thing that QP Sports, at the time of our nice little chat in Verona (thanks a lot, Richard!) was still building up stock. A stock that is all the more useful now, with the imminent start of the 2018/19 fencing season, in which FoilGuard is not only mandatory in all FIE foil fencing events but also for domestic events in many countries, such as Italy, Germany and the US.

If you need one, or simply want to check out this product you now know the history of – it's this way (men's version here).

* As of now the new soft cover is not only mandatory in all official FIE foil competitions; many countries, among them Germany, Italy and the US, decided to follow the FIE’s lead even for domestic events, which means that, depending on where you live, you might not be allowed to compete without updating your foil kit. In case of doubt, please check back with your national federation.