When a fencing manufacturer goes designer (1/3): the idea behind Leon Paul's uniforms for the FIE fencing fashion show

With December now upon us, the festive season is definitely here. But, at least for the international fencing crowd, December 2018 is about more than just Christmas celebrations.  During their annual Congress on the second weekend of December, this year the F.I.E. will celebrate their 105 year anniversary in Paris and as part of the festivities, they are hosting a massive gala event at the Grand Palais, right next to the world-famous Champs-Elysées. What would a gala event in Paris, the city of Haute Couture and designers be, without a fashion show? In this particular case involving fencing fashion, of course!  So that's what the fencing world is going to see in Paris:  All the major manufactures of fencing equipment produce two uniforms and get an opportunity to show it on stage at the event. Talk about a great chance to showcase new and exciting ideas to the whole fencing community! 5 years ago, for the 100th anniversary of the F.I.E., we did a project that explored lighting fencing gear and a lighting system showing the fencers face (a project by the way which is about to come in for a new wireless fencing system we have worked on... more on that next year, stay tuned!), but this year, our company director Ben Paul had something different in mind. Read all about his inspiration after the jump (and look forward to more, as this is only the first instalment of a three-part series!)

Being born in England and going to school in London, when I look back, lots of the big sports I grew up with were all played in white. Cricket, tennis (think Wimbledon), football (England team) and obviously fencing. Over the last 30 years every sport has moved away from “tradition” to create easy to identify teams and make it better for spectators and supporters to follow their team and mimic them.

Looking at some of these images we can see the transition from white to all kinds of easily identifiable uniforms. All the famous teams have amazing uniforms that people can remember: The All Blacks, The New York Yankees, Arsenal, Juventus, LA Lakers and so many more. Look at Nikes NFL line up in 2015:

I believe that fencing needs to follow in other sports' footsteps if we are to grow the sport. The current designs for the county logos are often confusing and too small to really identify with. The flag masks (which I invented ?) helped but overall I feel that the fencing uniforms are bland and it is time we allowed the rules to progress to follow all other sports. Imagine a Brazilian or French Fencing uniform inspired by the French or Brazilian Football teams!

Just as another example, look at Esports. In 2017, Blizzard (Activision) games company, one of the titans amidst video games developers, released the “Overwatch” league. The popular computer game started an Esports league and allowed 10  Teams to buy into the league. Each Team created its own identity and brand and then the teams competed to become the overall winner. Here is a selection of the teams created and the colours and uniforms which represent them. 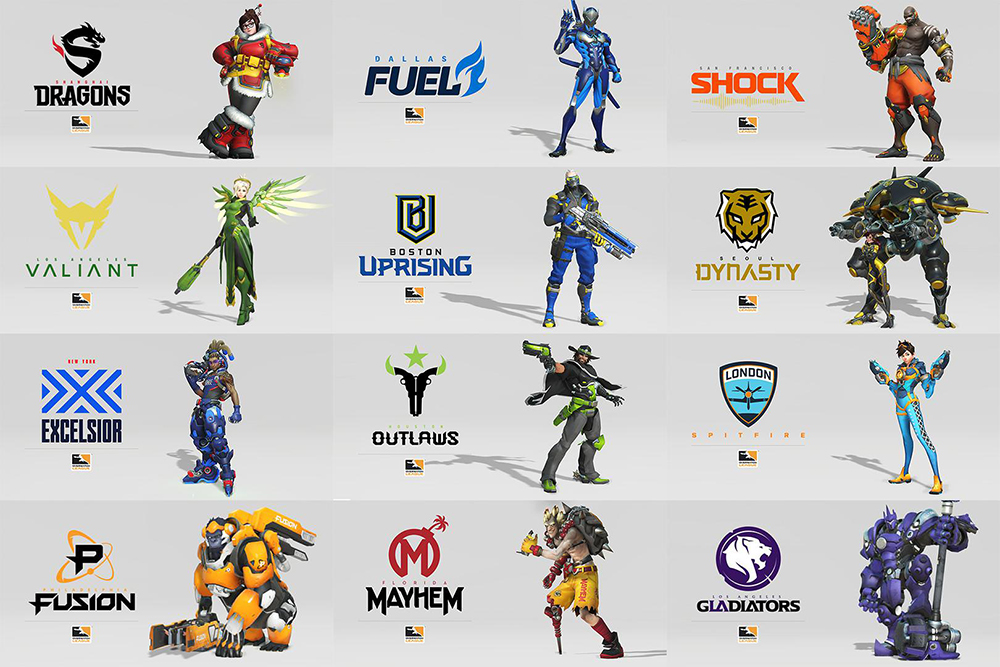 The outfits and accessories are bold and bright and come with merchandising that fans can purchase. The League was 4 times more successful than predicted and now teams can buy in for $60,000,000 for a season. Yes, you've read right: 60 million (!) dollars. That is crazy money, but creating a brand and a look for each team generated fans and people are willing to pay to watch, follow and support their team.

I am not saying that just adding some colour to uniforms would make fencing become a multi million pound globally watched sport, but I do believe if everyone in the sports world is doing the same we should take note (and inspiration!).

Another thing I have always liked is when someone has won something in the sport the uniform they receive or wear reflects that win. This way fans can easily recognise achievements of players. Football teams who have won the world cup have a star above the badge. The yellow top in cycling. The green jacket in golf. I feel this type of thing could easily be replicated in fencing and Olympians or World champions could be identified by designs placed on the uniform.

So for this year’s FIE Fashion show I wanted us to make coloured uniforms with special features. Uniforms that follows the phenomenons seen in other former "white sports" to fencing and its tradition. Everything we make will be 800 Newtons meaning the fencing suits could be used for fencing even at the Olympics. Uniforms can be created in a range of colours that mimic more famous sports, like football, soccer, basketball and baseball and will allow big fencing clubs to start creating their own unique brands.

If even Fantasy countries can have team uniforms (proof below) , why shouldn't a real-life country or team? :) 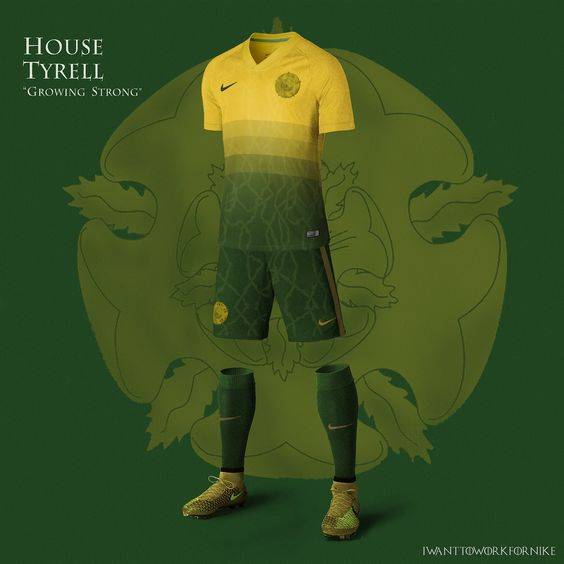 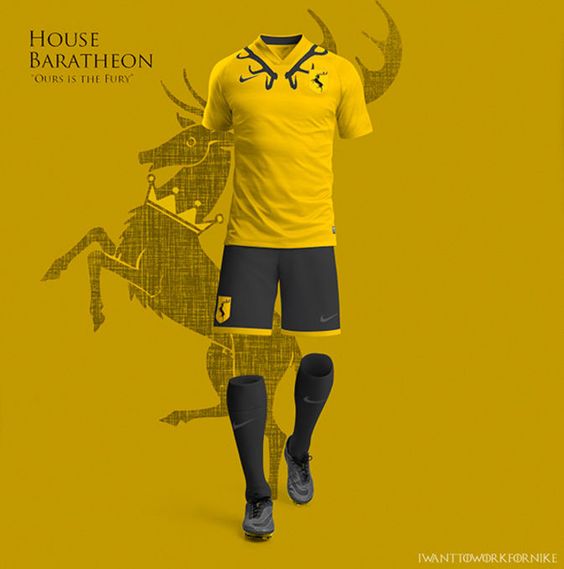