Louis and the forge 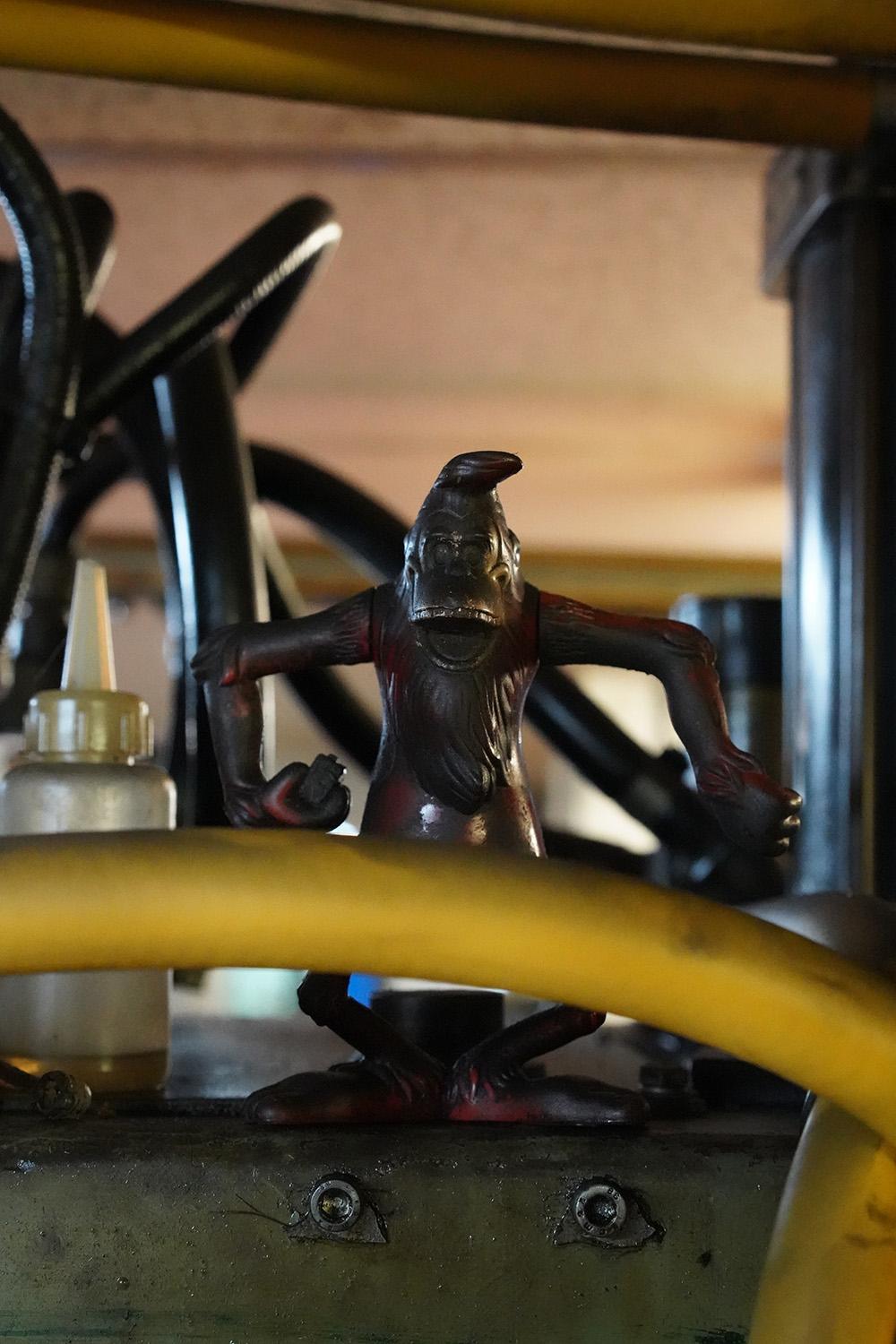 When, in mid-November 2022, we were setting about shutting down our old machinery to make way for a new production line, we discovered that our trusty, old Leon Paul forge had been housing a curious pit-master.

In refurbishing and renovating, we had unintentionally, and somewhat rudely, disturbed the habitat of an ape. To be precise, we’re talking about a toy orangutan, Louis King of the Swingers - straight out of Disney’s film animation of The Jungle Book, released in the UK in mid-November 1968. ‘Monkey’ had been sitting on the machinery for … well … forever.

It wasn’t as though we had never noticed him, but we had certainly never assigned this primate a formal job description or contract, nor made his splendid supervision of the factory floor the subject of any performance review. So, the least we could do was to give Louis some careful and long-term reassurances.

It’s your landlord, Alex Paul here. I just wanted to get in touch as I thought you’d like an update on your living conditions since your home of the last near-fifty years – our Leon Paul factory forge and its associated machinery – is being decommissioned for our new blade production line.

I know you’ve not been on the forge itself. You’ve been perching watchfully on the ‘Upsetter’ day-after-day, year-after-year, decade-after-decade. For those who don’t know The Upsetter as well as you do, it is a fantastically useful contraption situated next to the forge that heats up metal before squashing it into wider, fatter shapes.

You, Louis, will have spied Pete many a time. Pete has run our forge operations at LP for more years than he cares to let on; but even he cannot recall exactly when and where you appeared. You came out of the grime and oil and stuff somehow, sometime. Whatever your origins, you’ve been a stalwart mascot; and over a span of nearly half-a-century of service, you’ve made sure that the Upsetter machine has never let us down.

In any case, we’re a family firm. For all that we prize technology and innovation, we love every single constituent part of our business. Ninety-five percent of the forge will go to be either recommissioned or recycled. No part is too insignificant to get a chance at a new life.

Take the scraper. That tool is about as old – I guess – as you are. Its shaft is a blank for a blade that went wrong which was subsequently fitted with angled-steel - creating a scraper to scour out the gunk from the back of a grinding machine. When I came across it the other day, it brought a tear to my eye. It’s now worn-down at a slightly funny angle. It’s a one-off. A cherished instrument. It’s unique.

The scraper will go to recycling and get a second life in whatever the Gods of Scrapped Steel have got planned for it. As for you, Louis; you’re staying with us.

For the moment, I’m leaving you in the safe hands of Pete. Chew it over with him and see if you can come up with the terms and conditions for your new, preferred habitat.

No rush. There’ll always be a home for you here.

News and Views
Posted By: alexpaul