HEMA Is A Risky Business 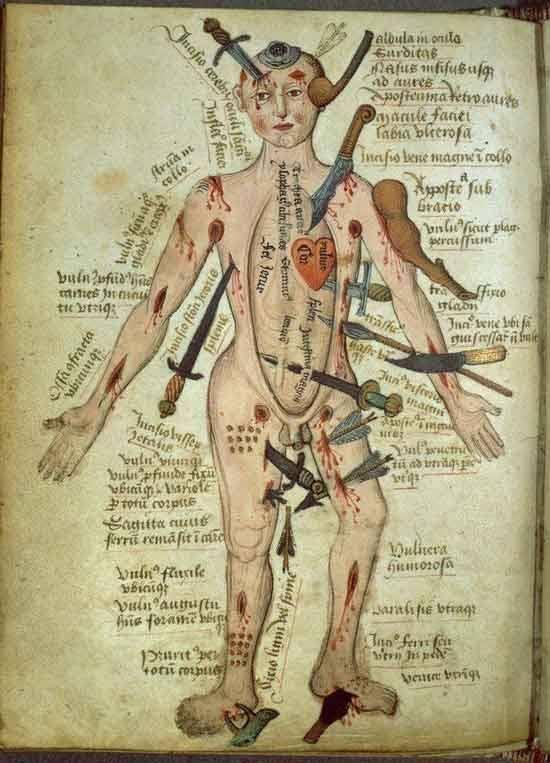 Risk management means judging both probability and severity of incidents - and checking your safety measures are followed and your club culture encourages people to point out safety risks!

For an apparently simple question, “what’s an acceptable risk?” is a surprisingly hard to answer. Risk (in the context of historical fencing and risk management) is a combination of the likelihood of something happening and the severity of consequences if it happens. Which is something that every HEMA instructor who's ever had to complete the dreaded Risk Assessment form should know.

In HEMA, some of those consequences to consider are fatalities. If that seems like hyperbole then consider that Olympic sport fencing - which uses much lighter weapons and a century of safety developments compared to the modern HEMA movement’s few decades - has seen deaths. That’s a very severe result. But equally every year there are deaths playing soccer. Many more people play soccer than fence so that presumably smaller probability (soccer seems obviously safer!) comes up more often. The odds of a heart attack in an apparently healthy athlete are small but they’re there. Presumably, most of us consider it a risk worth taking. The odds of a bruise in HEMA longsword fencing, a pastime that essentially consists of “we hit each other with two handed swords”, are high but most of us consider minor bruising an acceptably mild consequence.

It’s additionally complicated by considerations of how acceptable risk profiles can vary. The stereotypical example is the musician who cannot afford a broken finger; people’s willingness to chance different consequences varies.

Personally, I’m young and dumb enough to be willing to accept quite a lot of risk in my martial arts practice. I’ve done MMA matches and Dog Brothers Gatherings. In practicing HEMA longsword, I’ve got concussions, fractures and stitches. I’m pretty OK with that, yet I don’t expect everyone to be accept that level of risk. In fact, I expect most to be more sensible than I am. That’s good, not bad. Sensible people, making the sensible decision.

There may be issues when practitioners with different accepted risk factors collide. One fencer is used to continuous full contact sparring while the other comes from a club that fights to first touch. One fencer is allowed to train in t-shirts but the tournament requires an 800N jacket. One fencer has never been trained in how to breakfall while the tournament allows throws. The critical point here is to communicate what your assumptions are (thus making them statements, not assumptions!) before you fight or train with someone, and to be honest about them and not feel pressured into doing something that's unsafe ( or rather, too risky for you). If someone gets injured in a tournament and then complains about their opponent’s (legal) technique being unacceptable to them, then perhaps they should have read the rules. If they weren’t willing to take that risk, they shouldn't have entered.

Additionally, as a coach or as an event organizer, the risk I’m willing to expose others to is much lower than that I’m willing to expose myself to. Liability issues scare me more than my personal injury. Insurance, venue policy, and federation/group rules are further factors that may proscribe riskier behaviour despite people’s inclinations.

Reducing risks is done by attacking both sides of the risk factor - probability and severity. We wear padded jackets because the chance of being hit with a steel sword in the torso is high to certain, so we lower the severity of consequence. We inspect those jackets before tournaments because the consequence of allowing someone to fight in a faulty and inadequate jacket is severe.

Both of those examples relate to equipment but there are three aspects of risk management/mitigation. In addition to equipment, there’s behaviour. If we ban attacks to the legs, then the probability of a leg injury is reduced and it may even make sense to reduce the amount of protective gear worn there as a result.

However, altering behaviour in this way can reduce the chance, but it cannot eliminate it. Even if we decide that the back of the head is not a target, it may still be struck by accident. The consequences of striking the unprotected back of the head are severe, so it still makes sense to require back of the head protection.

A common argument in HEMA is that control (i.e. modifying behaviour) is an effective substitute for protective kit. Depending on how strictly this control is maintained, then this might be true, but the most severe consequences are left unmitigated by protective kit and this control is unlikely to be maintained in a competitive situation. In other words, when control slips and a hard hit is made, then there’s no mesh or padding there to prevent a very serious injury, and in a tournament match it’s likely that someone will go fast and strike hard even when told not to do so. 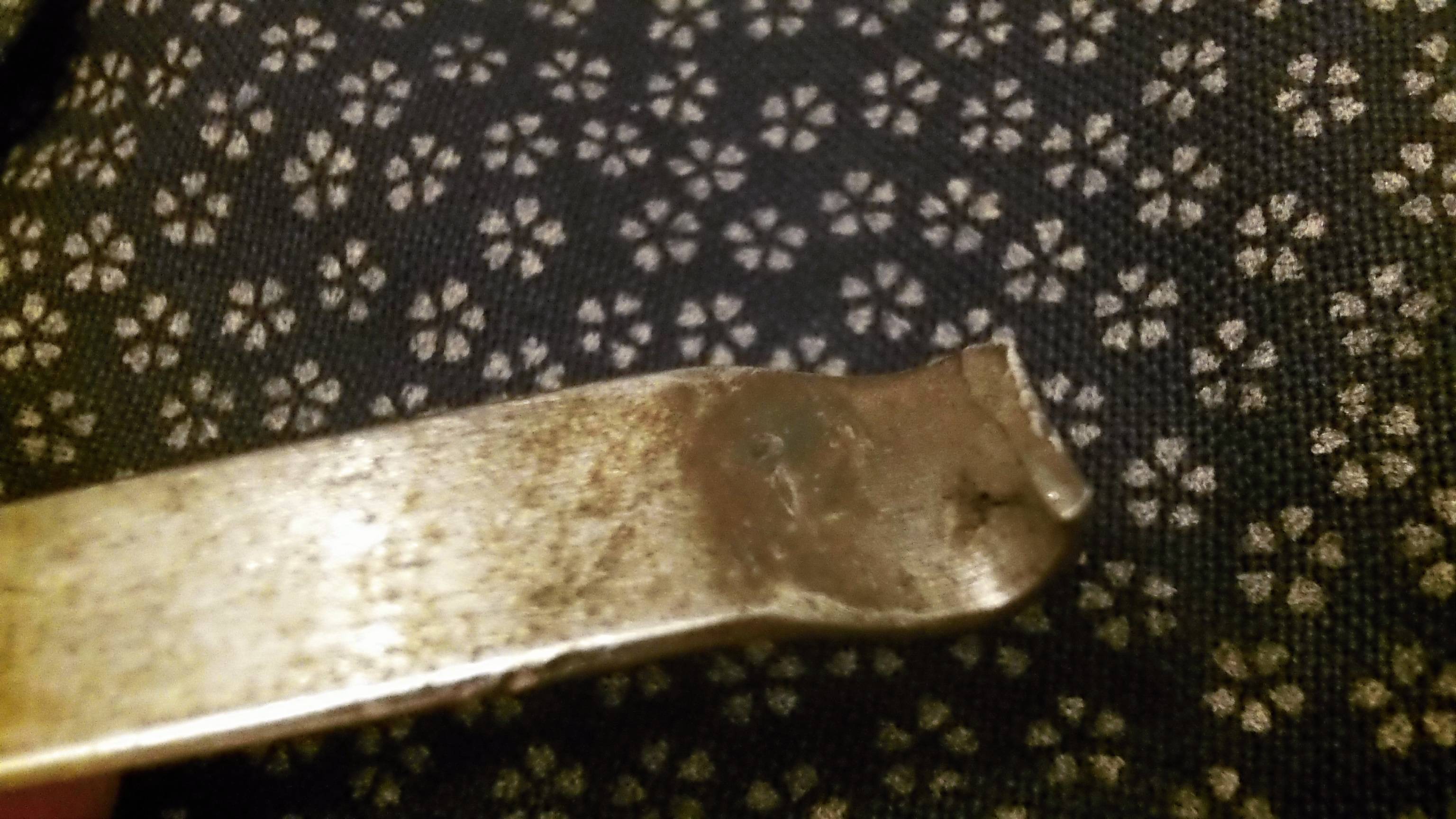 Broken federschwert rolled tip - not something you want to be on the receiving end of, especially without a protective jacket![/caption]

It's also worth considering apparently minor risks in our assessments and preventative measures. Injuries come from unexpected yet wholly preventable sources. Some clubs require students to always hold longswords in a "shoulder arms" vertical position when not in use to minimize the risk of someone catching a point to the eye as they walk past. I've probably seen as many rolled ankles from kit intruding on training areas as I have from all other sources combined. I'm a stickler for always saluting before even practice bouts, so that no-one risks attacking an opponent who's not ready to fence but was mentally pre-occupied by adjusting their fingers in the gauntlet or checking something going on behind their opponent. If that sounds unlikely, I've seen it happen repeatedly in tournaments where the referee asks "Ready?" but doesn't actually check how the fencers respond before beginning the match.

The third aspect is ensuring that the former two categories are met. Many “accidents” happen because the guidelines aren’t met. Someone fights with an unsafe sword or throws a non-scoring leg cut because the policy is there but wasn’t complied with. This is not just about getting rules written down, but about a culture that complies with them. As well as strict rules and inspection/enforcement from above, it’s worth developing an environment and culture where everyone can voice their feelings that something (or someone!) is unsafe.