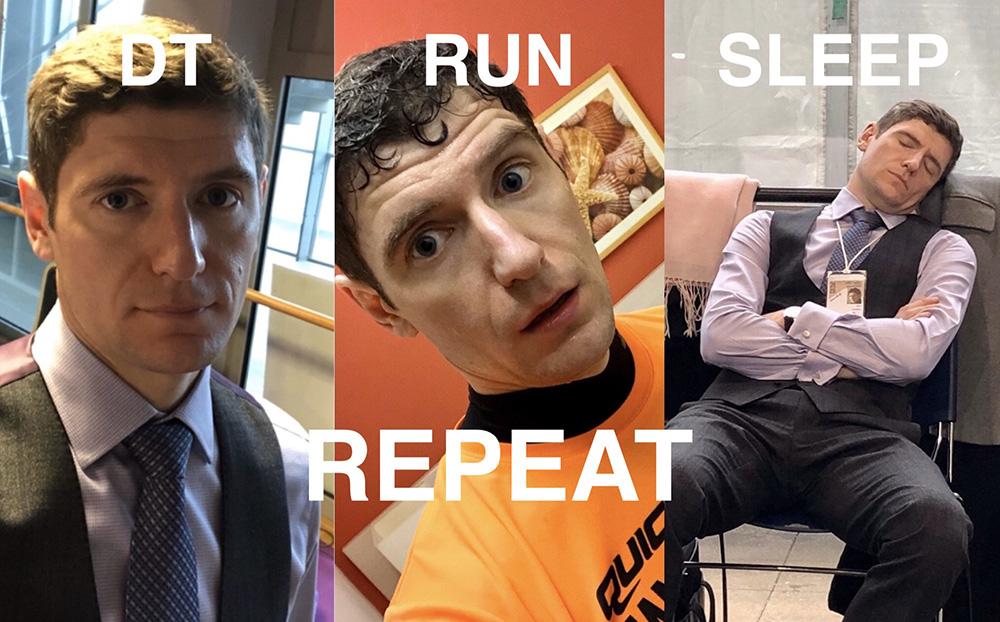 The 2020 European Cadet & Junior Fencing Championships took place in Poreč, Croatia, during the backend of February and start of March this year. I was selected as one of the 5 DT members for the 10 days of competition. It felt like a nice follow up to being part of the DT for the European U23 Championships in Plovdiv last year.

Andras Szetey from Hungary was President of the DT. It’s his job to create the timetable and is ultimately he is the guy in charge of the competition. It was decided that Lena Tallroth-Kock from Finland and myself would be in charge of one weapon per day while Julius Kralik of the Czech Republic helped with operations in DT. The local DT member, Mirna Borosak, was officially the liaison between the DT and the local organising committee but she got her hands dirty running the competition with us on top of her other duties.

Every DT functions in a slightly different way. There is no exact formula to follow with every DT President having his or her own way of doing things. Everyone who has worked with me at any point over the last 7 years know exactly how I like to run my ship. My regular referees and now increasingly the fencers, parents & coaches know where to be at what time and there is very little margin for error on my timetables. There certainly isn’t time to go Starbucks between the poules and DE’s rounds!

Andras is a man after my own heart who sets very challenging timetables. For example he scheduled the men’s foil poules to start at 9am and the first flight of incomplete L128 to start at 11am. That’s 2 hours to get a foil poule of 7 done, the results in, checked and then the first flight of DE out and stated. I’ll admit now that I didn’t think it would be possible, however being the new guy on the team, it’s not my place to question the boss, my job was to make it happen.

Once the referee delegate had handed out the scoresheets to the referees my job was to walk the floor and make sure the fencers got to their piste in time to have their control marks checked by the referees and be ready to fence 5mins before the scheduled start time. At this level, most the athletes know the set up and we managed to start bang on time. I spent the rest of the poules walking around the field of play on hand to sort out any issues. One nice little trick was to photograph a the last finished poule sheet and ‘WhatsApp’ it back to DT so they could get the result into the computer quicker. Every second counts with a demanding timetable.

Amazingly we did it! The incomplete round of L128 started at 11am. The competition ran ahead of schedule and because there was no live TV for the finals we could bring the start time of the finals forward. This is better for all concerned including the fencers competing the following day and especially the officials who have to work the ten days straight.

Ten days in a row is tough, especially when you have to be there from first thing in the morning to last thing at night, you are pretty much looking at 12hour days for DT members. I was thrilled when I received my invitation to the championships but was worried that fell right in the middle of my marathon training program. I was chasing a fast time at London Marathon, somewhere around or ideally below, the 3 hour mark. Ten to twelve days of little or no running was going to make that a much tougher challenge than it already is. I apricate at the time of writing this that events have overtaken us so marathon training is no longer an issue with the cancellation of all major sporting events due to COVID19 but I wasn’t to know that at the time.

I needn’t have worried. The DT team where very accommodating and we actually took turns to have some mornings or afternoons off. The days when I was in charge of Men’s Sabre, I managed to do my long run on the morning with the poules not starting until 12 O’clock. I completed a total of 9 training runs and cover just over 94miles (150km) whilst in Poreč. I have written in a previous blog how much I enjoy running because I can switch off from thinking about work and just enjoy the podcast or audiobook I’m listening to at the time. Despite it being physically demanding, I think the running helped keep me mentally fresh.

The whole experience was very positive, it was the biggest Cadet and Junior European Championships yet and with the very positive DT President, we manged to finish ahead of schedule every day.  My favourite complement came from the French delegation who said the whole event had a ‘favourable ambiance’, high praise indeed from the French!  The DT team would like to take all the credit for this, but a competition is only as good as its referees and volunteers.  I don’t think I’ve worked with a better group, everyone was fantastic from the referees to the small children carrying the bags to the pistes.  It was great to catch up with some old friends as well as make many new ones as well.

The biggest perk of the job, apart from getting to cut the lunch queue, was that I could go anywhere on the field of play.  I got to pretty much stand piste side and watch some of the best young fencers in the world doing what they do best.  I was also asked to present Carolina Stutchbury of Great Britain her bronze medal in the Cadet Women’s Foil.  It’s always nice when your home nation wins a medal and you get to share in a tiny part of the celebrations.

In summary, I learnt a lot from the experience with the big takeaway being that you can achieve the same result, running an efficient competition, in different ways.  I have a few new ideas of how to improve fencing events in the UK and hopefully, if I’m asked to take part in more International events, can use my experience to help run major championships better as well.