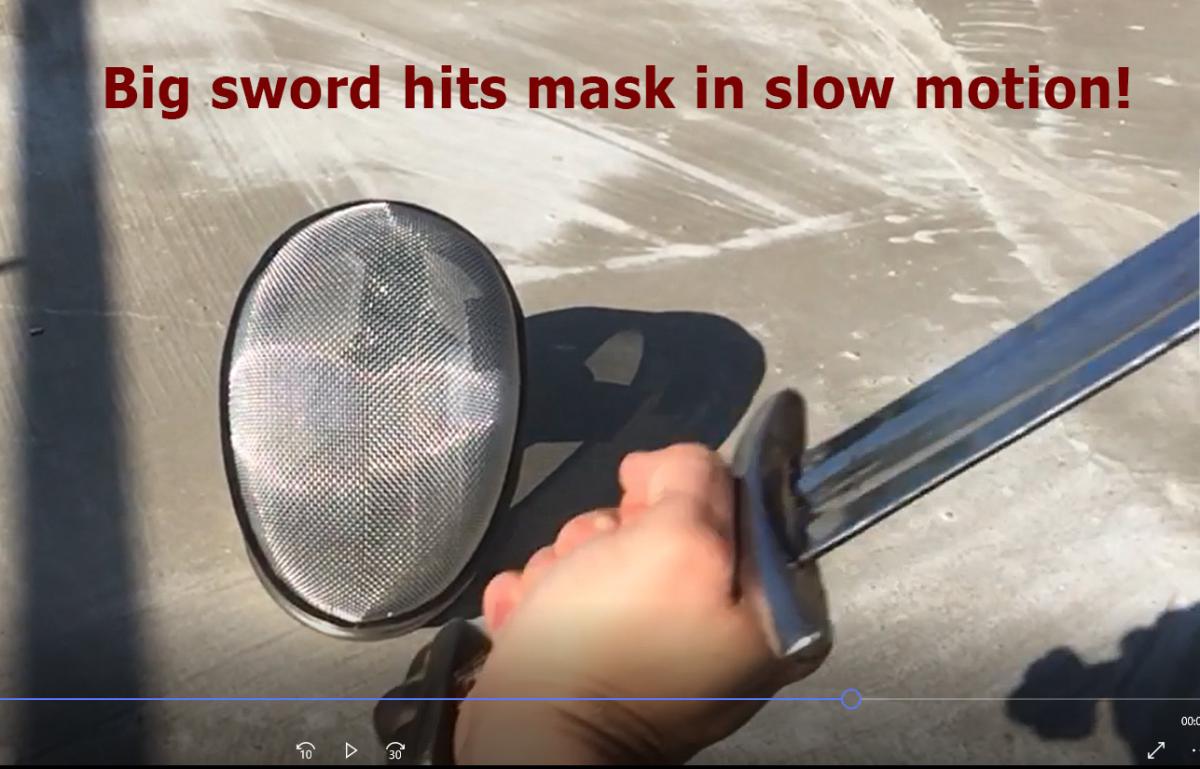 Now that I have your attention I wanted to talk to you about testing mask mesh quality for fencing and for the sport of HEMA. My name is Jacek Bujko. I have been helping Leon Paul develop a HEMA range of fencing equipment. I started fencing at a local sports club when I was twenty and then studied Historical European Martial Arts in Poland for a couple of years before eventually settling down with my own recreational fencing club. I am a huge fencing and HEMA fan I even got married in my fencing suit as it just felt right!

One of my first projects with Leon Paul was to develop a HEMA mask. I feel we have made some great updates and improvements to the HEMA mask. One of the things I have experienced and wanted to talk about was the D word…. DENTS! 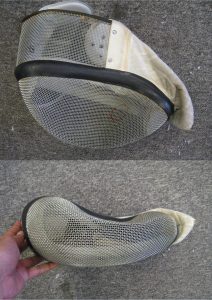 "My mask just got dented!"

"Was that blow really that strong?" "I didn't even feel that!"

are very common in our heads when we come to realize, that the precious new mask that we've just recently got is not so pristine anymore.

Fencing masks have been designed for years with one aim - keep the blade away from the fencers face and make sure we don’t end up wearing a patch over 1 eye like a pirate or much worse. 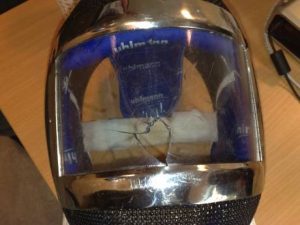 The famous Cyclops mask, the transparent plastic was supposed to be high quality LEXAN but was actually cheap plastic and resulted in all transparent mask being banned. Quality control is essential when fighting with swords![/caption]

Fencing companies have not thought about getting bashed in the head by a longsword for some time now and so fencing masks have been a stop gap solution for HEMA.

The major pain is in the complete diversity of blows in HEMA compared to sport fencing. There are dominantly thrusting weapons like rapiers and small swords and dominantly cutting weapons like longswords, side swords, sabres and montantes. In sport fencing we can safely assume that all danger comes from the front, straight in the face - but in HEMA? We've got thrusts alright but there's a plethora of cuts - to the top, to the side, to the forehead and so on. So what happens with a sport fencing mask used for HEMA?

I've encountered a magnitude of issues with sport fencing masks used for HEMA. Hopefully - we're almost past the era where no-one really knew what an FIE mask is and now most of the fencers I speak with know the basics. Sport fencing certification is based on the European CEN standard EN13567 of which there are 2 levels, one for practice and one for competition, Level 1 and level 2. The FIE requires the mask to be made to pass CEN level 2. The main test for the mesh involves a puncture test done at speed and a probe deformation test done slowly. 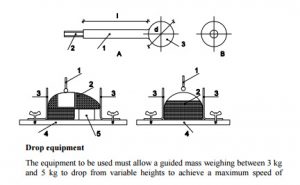 These tests are a good starting point but do they really replicate all the different types of blows and weapons in HEMA…. I think not. So how do we really approach the FIE masks for HEMA? How can we know if these masks are any good for the task? How do we test them?

How could we improve the test for masks in HEMA? I started by smashing up some masks with weapons! (Naturally).

That was so much fun but it was not very scientific, I checked the videos again and there are issues that need to be addressed - should I rest the mask flat on concrete so that all force is absorbed by the mask or should I put it on a mannequin? Do I try to make a "ok, this probably hurt him" kind of a hit or rather a "if he's not knocked out cold after this beauty then I'm quitting HEMA right now!" kind of a blow? How can I compare the test with a mask with a different kind of mounting system or different internal padding?

So I talked with Barry Paul from Leon Paul equipment who helped write the original tests for CEN which the FIE now follow. He suggested at very least having a drop test or puncture test using a probe that is less like a fencing blade and more like a heavy weapon. This way we can see the mask meets the fencing CEN level 2 specification but also test to see if it will stand up to heavy larger blows without deforming or denting.

Barry mocked up a test rig and we tried some different sized and shaped forms and tried dropping them at a range of heights to try and equate to a HEMA blow with an edge of a sword. We then placed the mask in different angles. 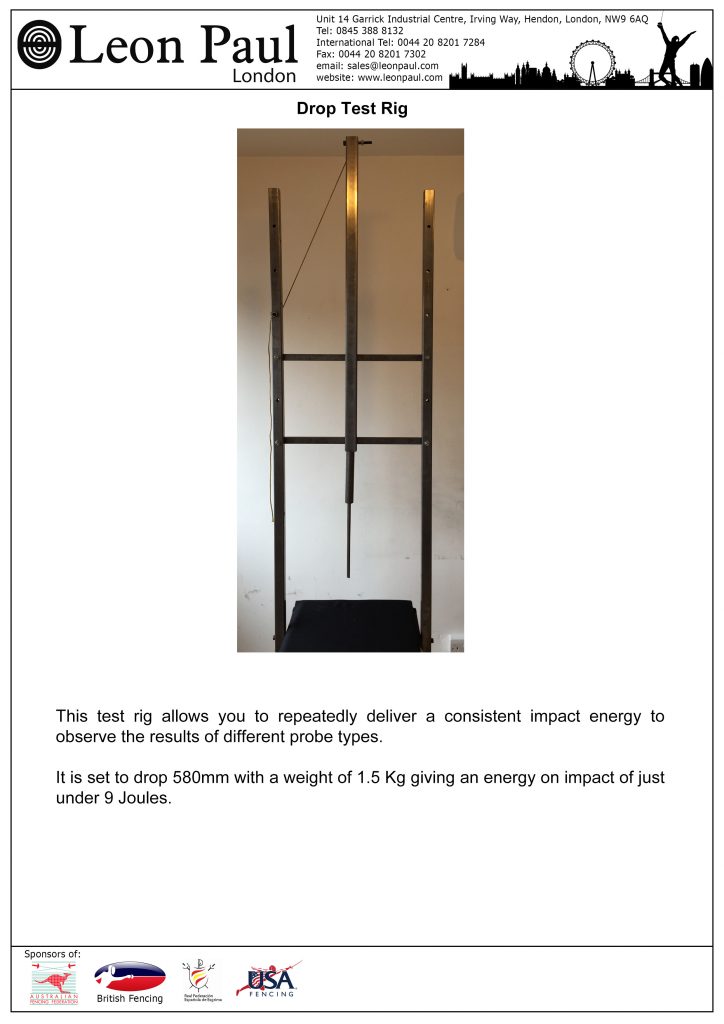 Here's some information on the basic set up. While it is only a prototype I do think that something like this could be used in conjunction with the sports fencing standards to test HEMA masks and start the process of improving the standards and safety of our sport.

Once we have some more data I will share it with the HEMA community. Watch this space.

Written by Jacek Bujko and posted by Ben Paul